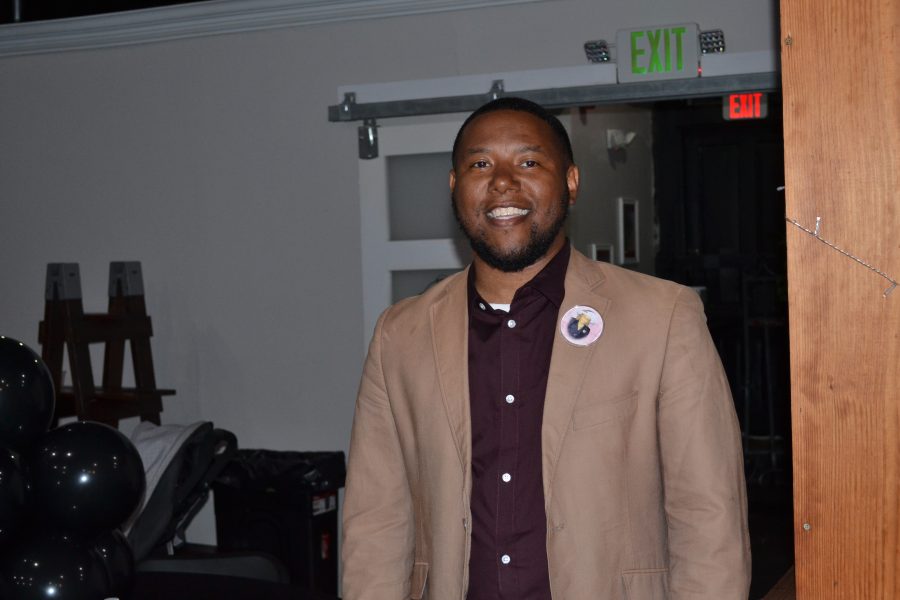 Dallas County made an impact on the District 23 State Senator runoff race between Robert Stewart and Hank Sanders for the Democratic nomination.

“Gratitude is going through my mind right now,” Stewart said Tuesday night during a victory celebration at the Anchor. “We have really restored power to the people in action. That is what we’ve seen throughout the entire campaign.”

District 23 also encompasses the Counties of: Perry, Wilcox, Lowndes, Butler, Conecuh, Marengo and Monroe Counties. Stewart thanked the volunteers in all eight counties for his victory, He spent several hours in those areas to campaign and it worked.

“You haven’t heard the last of me,” Stewart said. “There’s more work left to be done.”

The next step for Stewart is the General Election on November 8, which he will face Libertarian candidate Portia Shepherd for the District 23 State Senate Seat.

For the first time in 40 years, a Sanders won’t be  a State Senator.

Hank Sanders was State Senator from 1983 until 2018. Sanders was succeeded by his daughter, Malika Sanders-Fortier, who lost to Yolanda Flowers for the Democratic nomination for Governor.

Here are the votes in other counties: