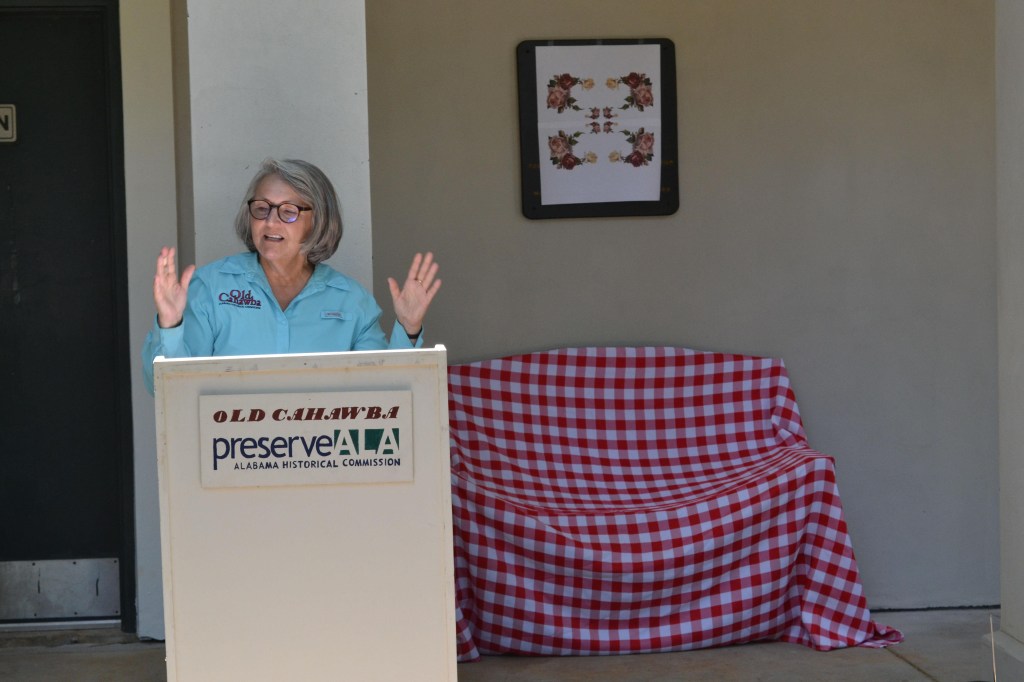 Family, friends and colleagues gathered at Old Cahawba Archaeological Park to honor the memory and legacy of Elise Blackwell, a longtime support of initiatives intended to preserve the history of Old Cahawba.

Members of the Cahawba Advisory Committee unveiled a memorial bench and plaque during a ceremony held in the downtown portion of the park where the Cahawba Festival used to be held.

“She was a powerful force behind the ‘Save Cahawba Movement,’” said Linda Derry, Site Director for Old Cahawba Archaeological Park. “Over the years, there were many people like Elise on that first day that wanted to tell me what my job should be and what needed to be done at Cahawba, but Elise won my heart because she was the one that was always willing to roll up her sleeves, get down in the trenches, sweat and get dirty out here at the Cahawba Festival. That’s her, definitely. She was working harder than anybody.”

Blackwell passed away on Jan. 15 at her home in Birmingham. She was 85.

A stalwart within the Selma community, Blackwell devoted a significant portion of her time with her involvement in a variety of organizations and charities, including the United Way, Selma Charity League, Selma Historical Commission, Selma-Dallas County Historical Preservation Society, Riverfront Market, Old Depot Museum, Cahawba Advisory Committee and many others.

Julie Nesbitt, daughter of Blackwell, was among the crowd of people who attended the dedication ceremony.

“She was involved with a lot, and to be recognized in this way is a great honor,” Nesbitt said. “I know she would have been so very pleased to be recognized. She worked at Cahawba, as they said in the dedication, for many years, decades even, and was so instrumental in bringing it to the attention of the state.”