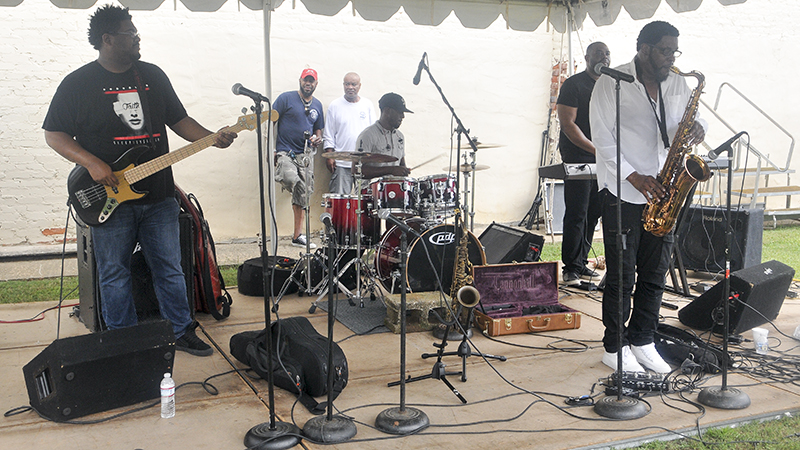 Reggie Hines and his band play crowd favorites at the Jazz on the Grazz music festival in 2018.

The City of Selma and Dallas County have two events lined up for Father’s Day and Juneteenth Day this weekend.

The annual Jazz on the Grazz Music Fest will be held on Saturday at St. James by Hilton Phoenix Park, starting at 1 p.m. with Family hour. Live bands will start at 4:10 p.m.

Jr’s Got It’s 1st Annual Juneteenth and Father’s Day Celebration and Expo, which began Friday and ends Sunday at the Alabama River. The event began with a fish fry, followed by Trailriders and ATV’s, followed with a dance contest.

Jazz on the Grazz is an event by the Coalition of Concerned Families and its coordinator, former Selma City Councilwoman Angela Benjamin.

The After Party at Queen City Kale Restaurant & Bar will be held at 10:30 p.m.

During the day, vendors with assorted foods, a bouncy house, tattooing are among the events available at the event. Anyone planning to attend the event are encouraged to bring their lawn chair or blanket, sanitizer and hats.

The Dallas County Courthouse and Selma City Hall will be closed Monday in observance of Juneteenth Day.