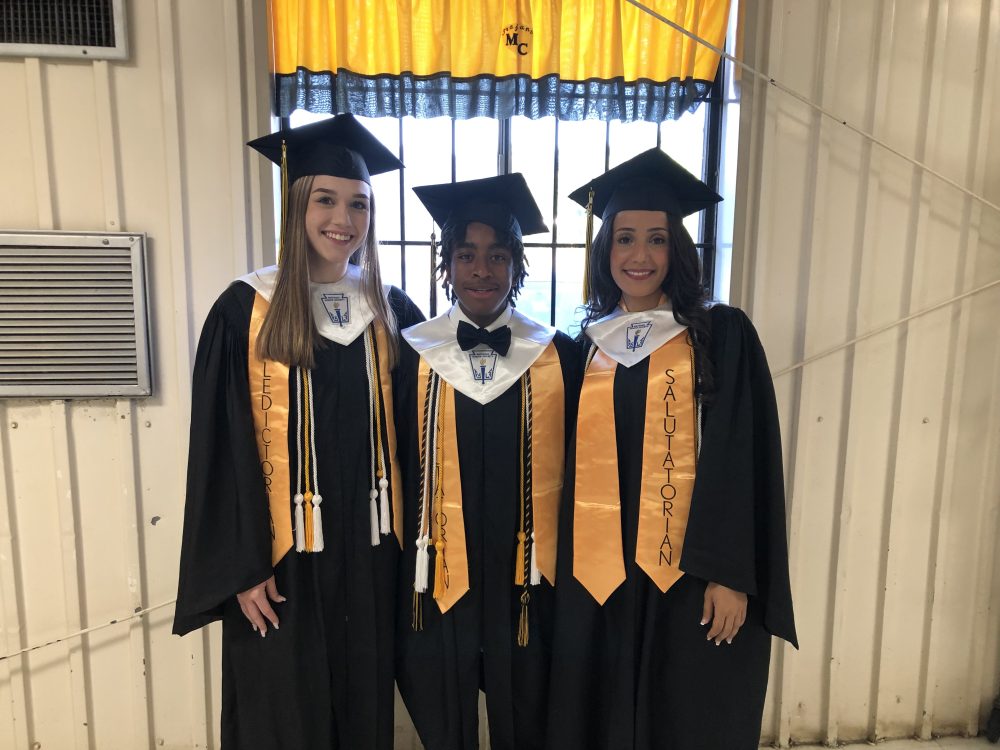 Kaylee Chancey, one of the greatest  female athletes in school history, finished as the Class Valedictorian. Chancey was a Selma Times-Journal All Dallas County selection in volleyball and basketball.

“Being named Class Valedictorian is an honor that I worked so hard for,” said Chancey, who will attend Wallace Community College-Selma in the fall. “Just because I’m the valedictorian, it doesn’t make me better than anybody else in the class. We are all equals.”

Rucker said it’s a huge accomplishment finishing tied as the second-best student in the class at the age of 16. He will attend the University of Alabama in the fall.

“It’s an honor that I worked very hard to get there,” Rucker said. “It wasn’t very easy because being 16 years old has its obstacles and disadvantages.”

Chancey and Rucker were both glad to finish at the top of MCS’ class. They were classmates over the last five years.

“We’ve become good friends since we were in the seventh grade,” Rucker said.

The Class of 2022 also bids farewell to Bob Taylor, who served as headmaster, head football coach, head volleyball coach, head boys and girls softball coach over the last four years. Taylor will be the new headmaster at Clarke Prep School next year.

“Saying goodbye is never easy; however, I have full confidence in the shared mission and vision we have established here at Meadowview,” Taylor said. “I have been humbled by how the Meadowview family has embraced me as a leader, and I am so grateful for the people and ideas you have entrusted in my care. Meadowview Christian School has been excellent from the board to the Tiny Trojans.”