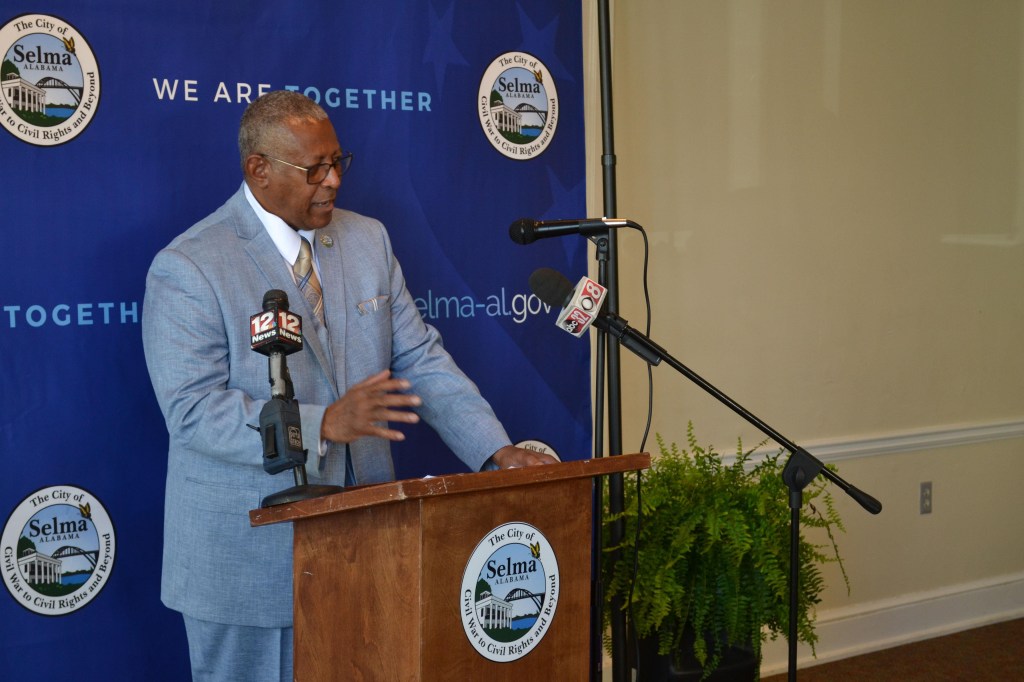 Selma Mayor James Perkins Jr. delivered a State of the City address Friday morning at Walton Theater in which he suggested a new path forward for his administration given the existence of continued conflict with the Selma City Council on a number of issues.

He added his plan removes the administration from public debate with the city council and leaves policy debates up to the council.

“It is our hope that this method will land most, if not all, of our requests into a consent agenda,” Perkins said. “Those that do not make the consent agenda, the items that are voted down by the city council, you will give a reason for your (dissenting) vote, at which time the administration will provide additional information or move on to something else … This way, it becomes clear who all is for who is against whatever the issue is before us. It is my hope that this will calm the concerns of the citizens who are uncomfortable with public debate between the council and the administration.”

“Examples of city council overreach occurred when the city council not only decided to appoint the (fire) department’s chief, of which they have the legal right to do, but they also made policy to take over the recruiting and interviewing processes, of which they did not have the right to do,” he said. “The city council overreach gave way to public embarrassment and confusion because of this zeal to control executive functions of recruiting and interviewing, and did so outside of city policy that the council approved.”

He cited the council’s hesitation to act on adding surveillance cameras as recommended by Perkins, Selma’s police chief and information technology director as another example of the council’s overreach.

“This administration proposed a purchase of a city-wide camera system solution that is currently purchased and used by over 50 communities in the state of Alabama right now, but another example of city council overreach occurred when city council members went around the police department, went around the mayor and negotiated terms for a system that has not been vetted by the people who must use it and maintain it. They voted to enter a contract that did not exist and when called on this overreach, they accused the mayor of interfering with their execution of the process, when, in fact, the city council should not be executing anything.”

He added city residents soon will be receiving a survey asking for their feedback on a future redistricting proposal.

“I really am interested in hearing from the people on this issue,” Perkins said. “I want to hear from you before I present anything to the council.”