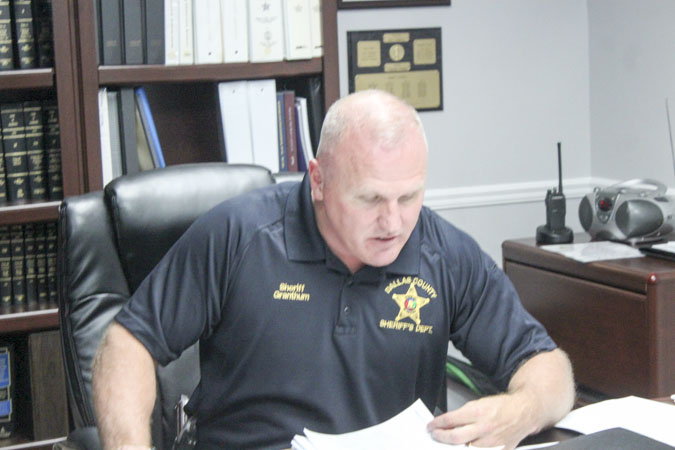 Mike Granthum will remain Dallas County Sheriff for the next four years.

Granthum spent most of Tuesday night at the Dallas County Courthouse listening to Dallas County Probate Judge Jimmy Nunn call out the results. His wife, Kathyn and daughter, Peyton Ellen, were both at his side.

Shepard was classy in defeat, one of the strengths that makes him a stellar State Trooper.

“I think we ran a good race,” Shepard said. “We came up a little short this time. I do want to give a round of applause to my campaign team that worked real hard and diligently to put our message out there.

“The voters of Dallas County decided. Congratulations to Sheriff Granthum on the victory. Now, let’s see what the future holds.

“The first time I ran on making promises, this time we ran on our work,” Granthum said.

Granthum thanked the Dallas County residents who voted for him and the DCSO’s hard work throughout the county.

“I appreciate everyone who came out and voted,” The public knows how hard the Dallas County Sheriff’s Office work.”

At the Democratic Forum last week, Granthum encouraged voters to do research before voting.

“We have a long ways to go,” Granthum said.

For Granthum, he said the next focus is juvenile crime.

“We have to work on juvenile crime,” Granthum said. “Everyone wants to blame the Judges and law enforcement. I think we need to focus on the kid’s parents.”