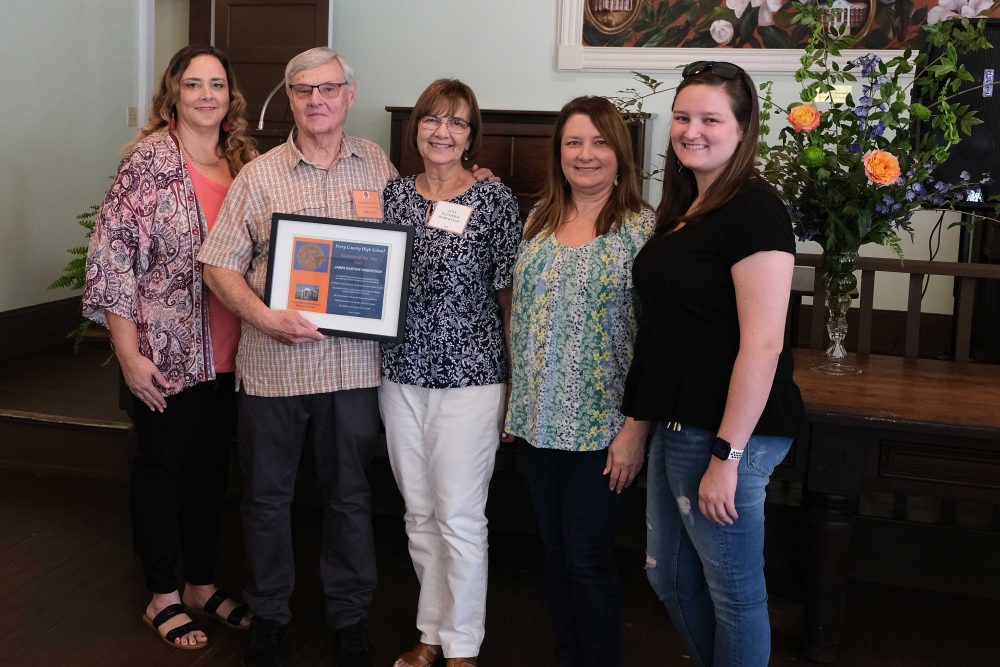 A former Selma Times-Journal paper boy was named  “Alumnus of the Year” by the Perry County High School Alumni Association.

Jim Robertson, who was a Times Journal paper boy in Marion during the late 1950s and early 1960s.

“I’m honored to receive the award,” Robertson said. “A lot of outstanding Perry County alumni have received the award and I’m honored to be part of that group.”

Robertson, who enjoyed a. 36-year career in Advanced Telecommunications, recalls delivering newspapers for The Times-Journal.  His father was in the Army Air Corp at Craig Army Air Base during World War II.

During that time, Robertson and his twin brother, Sam, opened a paper route in Selma.

“My twin brother, and I delivered newspapers in Marion on a red motor scooter,” Robertson said. “We started delivering on bicycles  until that got too big for us. We got a loan from our dad to purchase a motor scooter at Sears in downtown Selma. I never knew that I’d be delivering the Selma newspaper as a teenager.”

Robertson is currently a member of PCHS Alumni Board of Directors. He handles the group’s  mailing list, is administrator of their facebook and editor of the newsletter which he initiated to improve communication with the members.