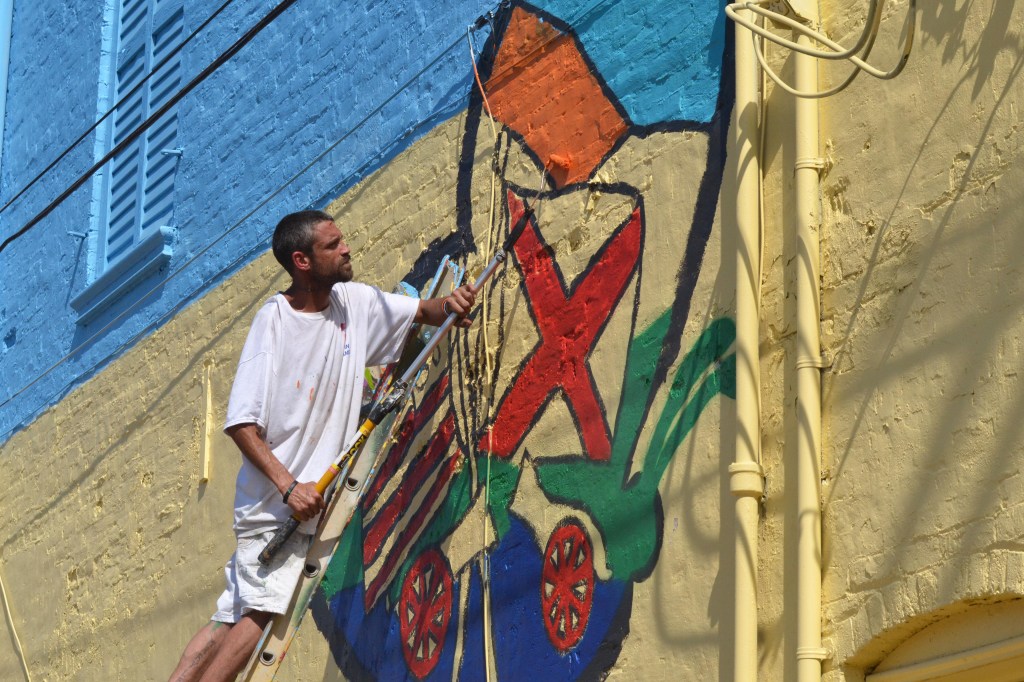 Wooten said an initial group of students from Selma High, R.B. Hudson and Payne began work on the project in January through discussion and research sessions via 21 facilitated classroom sessions.

“In the research phase, they researched the history all the way back to the Muscogee Indians, the 1820 founding of Selma all the way to the present,” she said. “Then, we into the design classrooms where took whatever period that they were inspired to and they put that to art.”

According to Wooten, the project, made possible through a $7,800 grant written by the City of Selma through the Alabama State Council of the Arts as well as a $1,000 match from the City of Selma, a $1,000 donation by The Links, Incorporated, a $1,500 donation from ArtsRevive and a $3,000 contribution from local artist Tres Taylor, centered around ‘Arts and History’ and emphasized elements portions of Selma’s past.

“Everybody and the students always know about the Civil Rights Movement, and we know about ‘Bloody Sunday,’ but our children don’t really know the full scope of Selma’s history and the impact that Selma has had throughout time in our country,” Wooten said.

The present-day representation of Selma in the mural was drawn by Kanyla Moore and it became the theme of the mural. Several stenciled outlines of butterflies contained within their boundaries artwork of historical moments tied to Selma.

“This is basically a timeline of Selma’s history, but in butterflies because Selma’s known as “The Butterfly Capital of the World.’” Wooten said.

Moore said she was inspired by the architecture and associated the iconic buildings with Martha Luther King and other Civil Rights leaders who met and fought for equal rights.

She added having the work of all students represented in the mural is something that should instill pride in those who contributed to the mural.

“It means the world to me because this is our history,” she said. “Generations to come will see this. My future grandkids and great-grandkids, all of them will see it … People will see stuff they did and come back to Selma years from now and say, ‘I had a part in that. It’s a part of my history.’”

The background color scheme of the mural bears similarity to the Ukrainian flag.

“It was done intentionally to honor what the people in the Ukraine are dealing with right now, which is what Selma has been key in doing in our nation for many decades and many years,” Wooten said.

She added highlighting Selma’s history isn’t the only benefit to creating the mural.

“This is going to be a major benefit to the entire Selma community because this just used to be a drab wall,” she said. “Now, it’s going to be beautiful, and they’re going to be able to see themselves in the art. It is also going to help revitalize downtown Selma.”