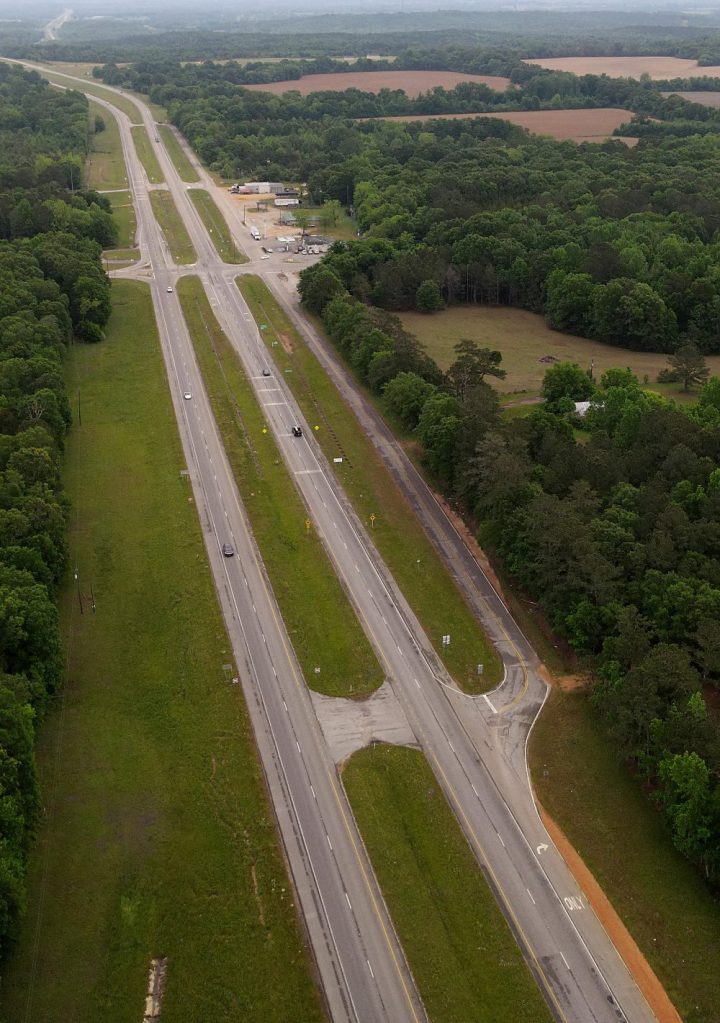 A proposed solution by the Alabama Department of Transportation to resolve safety issues at an intersection of U.S. Highway 80 and Alabama Highway 97 continues to cause concern for area residents and elected officials who see the solution as problematic and potentially dangerous.

Lowndes County District 1 Commissioner Robert Harris said the intersection, which is in his commission district, has been a concern during his time in office.

“It has always been a safety issue,” Harris said. “It’s been a safety issue as far as I can remember because there have been numerous accidents. I don’t know how many actual fatalities that have taken place there. I’m sure the state has those numbers, but I know there have been numerous accidents there. As a matter of fact, our own EMA director, before he became EMA director, had an accident at that intersection as well. Numerous accidents occurred there and too many for action not to have taken place before now in my mind.”

When asked to provide relevant crash data pertaining to the intersection, ALDOT spokesperson Brantley Kirk referred The Selma Times-Journal to the department’s legal bureau and said an Open Records Request must be completed before any information could be released.

The proposed plan by ALDOT, estimated by Kirk to cost approximately $2 million if implemented, seeks to have travelers from Lowndesboro and Hayneville on Alabama 97 turn right onto U.S. 80 and perform a U-turn instead of making a left turn at the intersection, as they do now.

A week ago, Kirk said the intersection doesn’t meet federal guidelines for a traffic light – a solution favored by many in Lowndesboro, including Harris.

“My thing is I think it should be traffic lights instead of U-turns,” Harris said. “To me, that would be more of a hazard to me than it would be something that is simple and works. A U-turn is having to make people go down and come back up. I don’t think that would be a good idea.”

Former state senator Hank Sanders, who is currently running to regain his seat, said safety should be the highest priority.

Lowndes County Schools Superintendent Jason Burroughs said for the past 16 years, no accidents have occurred involving school buses belonging to the school system at that intersection.

He added reading about the intersection made him think about potential safety risks and hazards.

“If some changes need to be made, I favor a traffic light myself,” Burroughs said. “I think that’s always going to be the safest thing is a traffic light.”

“You can travel all of U.S. Highway 80 and go into different towns, and you will see that there’s traffic lights that are there before it actually gets into the city parts of the area that is kind of rural-like in such a manner. I don’t understand that unless the federal guidelines have changed as of late.”

He added not installing a traffic light due to a purported federal guideline puts people at risk of injury or worse.

“Is there a federal guideline put in place that stops people from getting hurt by not having a red light?” Harris said. “That’s my question. Is there a guideline in place for people to get killed or people to get severely injured? I’m just trying to understand their logic.”

Not all are in favor of a traffic light as a solution to the ongoing Lowndesboro intersection dilemma.

“I’m not a civil engineer by training, but I assume [ALDOT] has put some thought into what they’re proposing,” said Rick Pate, a longtime Lowndesboro resident and current Alabama Commissioner of Agriculture and Industries. “I have talked to some local people who want a light put up there, but I’m not in favor of that because it would slow down a lot of people.”

Pate said he thought a better option to the proposed U-turns would be better signage and the installation of more and better speed management countermeasures. “They’ve got those things in the road to slow you down, but you don’t even feel them anymore because they’re so worn down,” said Pate, who also served as mayor of Lowndesboro for 14 years. “Most people think the real danger is when you’re coming from Selma toward Montgomery because of that hill. I think better signage would help fix that.”

Pate said he’s talked to several farmers in the area who have concerns about what ALDOT has proposed, and thinks a better solution is just working to improve what is already in place there.

“People think something needs to be done, but I think we should just tweak what we currently have and it be not that big of an imposition for people,” he said.

Kirk said the public meeting on April 21 about the intersection was well attended and ALDOT is reviewing the comments received.

“A plan would not be implemented until late Summer/early Fall at the earliest,” she said.

When reached for comment, Hayneville Mayor Jimmy Davis declined to comment, saying what ALDOT proposes would affect the citizens of Lowndesboro more than those who live in Hayneville. Lane Holladay, who is a candidate for Lowndes County Commission District 1, declined to comment saying he was not familiar with what ALDOT had proposed for the intersection.

Next week’s story on this matter will provide further opportunity for their thoughts and comments, as it will for anyone with a responsible opinion. Shane Dunaway can be reached at his cell, 205-746-9181, or his email, shane.dunaway@selmatimesjournal.com.