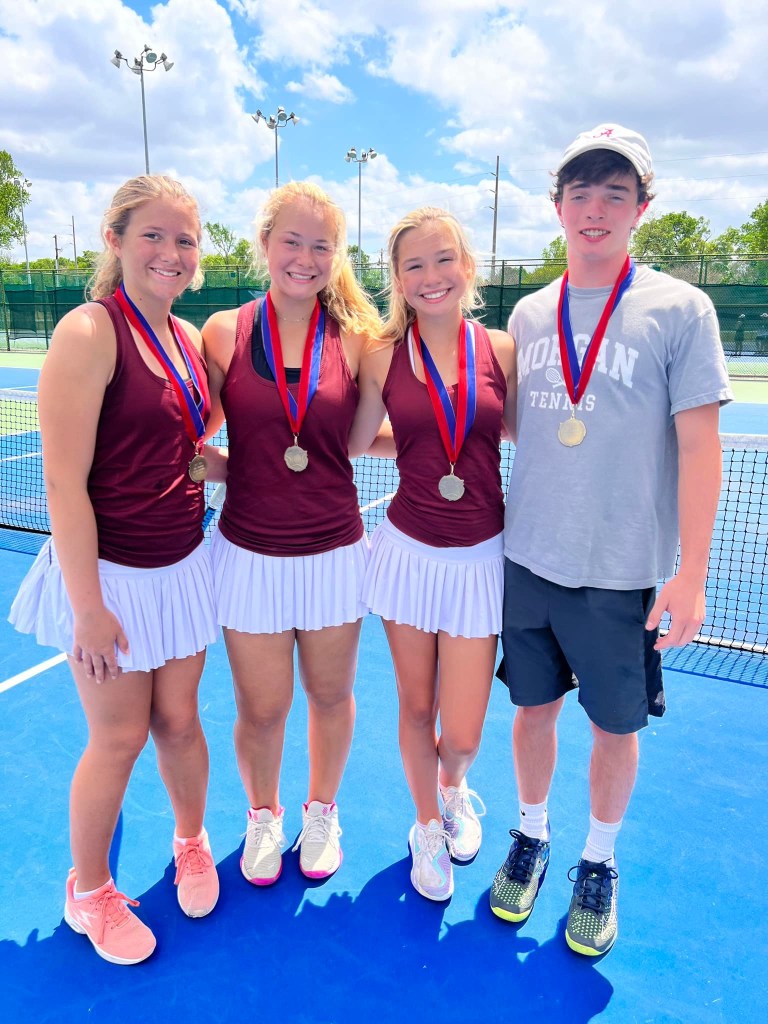 Calame is no stranger to individual success. A season ago, she won a state title in five-seed singles.

“After playing in the championship for my seed, I felt relieved and excited of course,” Calame said. “My coach, Baxter Stinson, always pushes me to be my best and I really wanted to win for him.

With four more seasons of tennis ahead of her, the sky is the limit for Calame, who seeks to better her game for ftuture matches.

“I feel like I improved on my game this year but still have areas I want to get better,” she said. “I would like to improve placing the ball and hitting the ball with more power.”

For the overall tournament, Morgan Academy’s boys team finished in second place, while the girls finished third in the state.

When asked about his team’s performance at the tournament, Stinson declined to comment.

Attempts to reach Teddy Henry regarding his individual performance were unsuccessful.