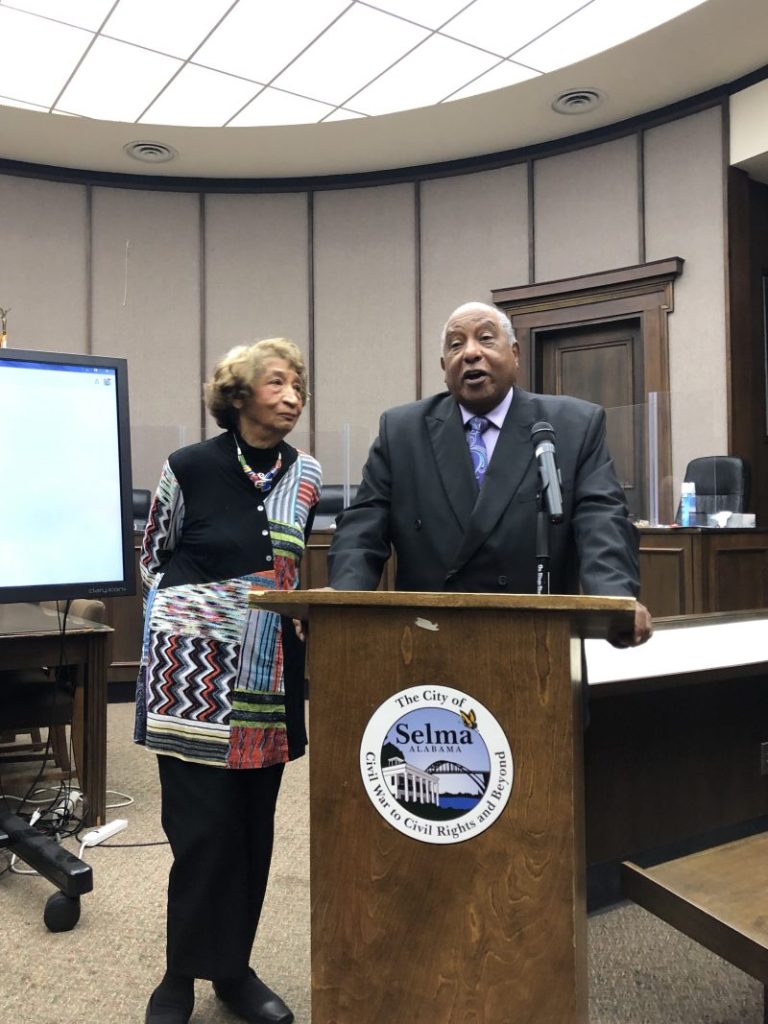 Many historians consider Dr. Bernard Lafayette Jr. one of the unsung heroes in the Civil Rights Era during the 1960’s.

A press conference was held Friday at Selma City Hall to announce Dr. Bernard Lafayette Jr. Day on May 14, Lafayette is a civil rights activist who was a leader in the Civil Rights Movement. He played a leading role in early organizing of the Selma Voting Rights Movement. Union Street is named after Lafayette.

“With Bernard Lafayette, it was possible for James Perkins to be Mayor, Barack Obama to be President, Kamala Harris to be Vice President and Malika Fortier to be State Senator,” Perkins said.

“Dr. Bernard Lafayette is a great man who accomplished great things,” Young said  “It’s important to give someone flowers when they can still smell them.”

Lafayette, 81, said he’s grateful and honored to get recognized by the Queen City.

“I am overwhelmed by this recognition, invitation and commemoration,” Lafayette said. “I am grateful and honored to have a street named after me.”

Here are events planned on May 14:

• Concessions, food, trucks and vendors will be on the lot of Historic Tabernacle Baptist Church from noon until 5 p.m., with a re-entactment of the first mass meeting from 2-4 p.m. Attorney Charles Bonner will be the speaker.

• A voting rights banquet will be held at 6 p.m. at Jemison-Owens Gymnasium at Selma University. Reserved tables of eight cost a donation of $250 each.