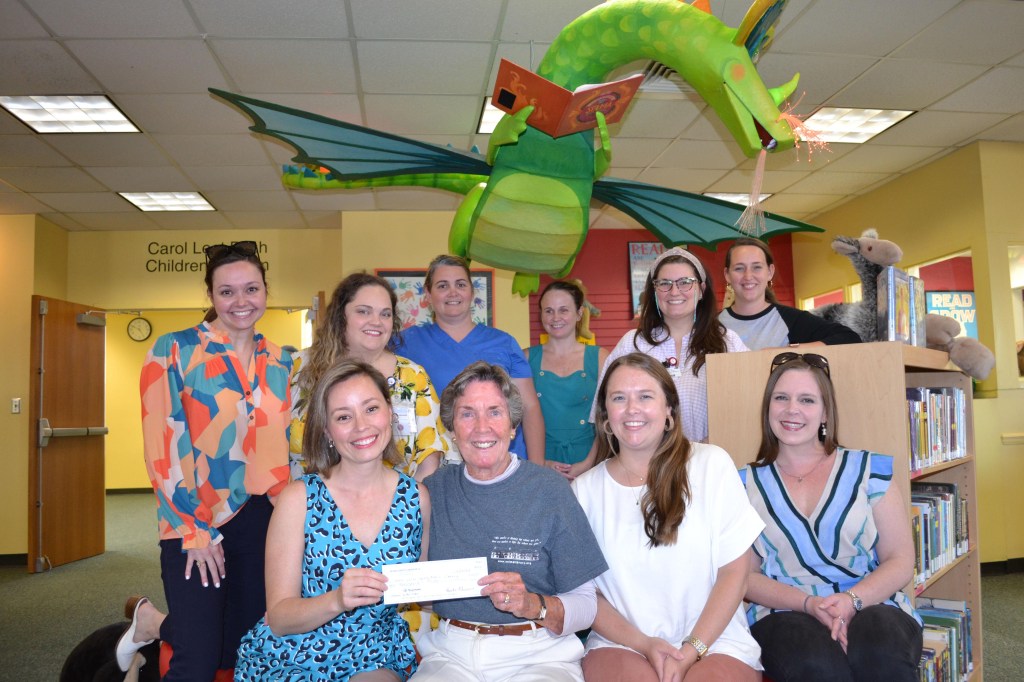 The Selma-Dallas County Public Library received a sizable donation from the Selma Charity League to benefit its summer slate of children’s programs.

Nichols said the library and league have been in partnership since 1976 when she first arrived at the library.

“The first thing we did was reach out to each other because we knew we had so much in common – the people in Selma and Dallas County,” she said. “So, we began a lot of programming together, which has changed over the years, but it’s still been a solid foundational relationship, and it’s always been a generous one. This gift is going to support our Summer 2022, which will be a big summer because it’ll be the first summer that we will be, if you want to call it normal and bring in acts, performers and that sort of thing,”

According the Nichols, the library served an average of 4,000-5,000 children each summer prior to COVID-19 and served roughly 500-750 children each month during the school year.

“What we’re looking forward to is finding our new library normal, and with the help and support of the league, we’ll be able to blaze a new trail,” Nichols said.

“We’ll have an activity every single day, sometimes two,” she said. “Some are big events like magicians, animal stories and things like that. Some are smaller groups, ways for kids to learn art … We’ll have a reading contest. We’ve got a lot of fun things all in there.”

She added the summer slate of programs will help show off the new changes to the library as well as give library visitors a chance to meet the Reading Dragon and possibly be the one to name him.

“The dragon has just come to live with us not quite a year ago,” she said. “So, he doesn’t have a name, and of course, all dragons need names. One of the first things we’ll do is have a contest to name the Reading Dragon.”

Gray, planner of the “Groovin’ on the Green” event that helped make the League’s donation possible, said it was great to be involved with helping the library.

She added she enjoyed planning “Groovin on the Green,” held April 9 at Sturdivant Hall.

“We joked that it was like planning a wedding with 30-something bridesmaids, but it’s been a really positive experience with lots of hard-working women working together to accomplish the goal of supporting the library,” she said.