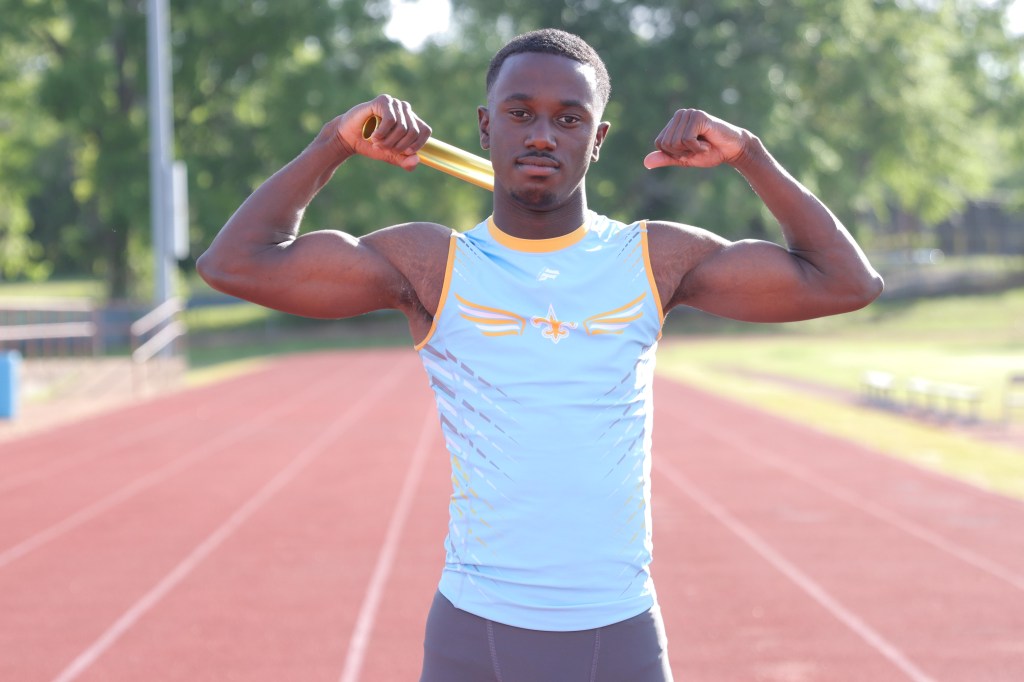 Selma High School senior Cameron Brown achieved a personal best in the 800-meter dash with a time of 2:14.41 at the Troy Invitational Track Meet on April 15 and guided the 4×400 relay team to a season-best time of 3:36.06.

His performance earned him recognition as the Times-Journal Athlete of the Week for the week of April 11-16.

“He is a leader,” said Katasha Turner, Selma High boys and girls track and field coach. “He is an extension of not only myself, but my assistant coaches. He is a vocal leader on the track. He’s hyping up the team and also, he’s a leader a lot of them can come to for help. He’s a helpful teammate. He’s their sounding board.”

Brown said preparation played a key role in the team’s success at the meet.

“We went into that week with a strong mindset, knowing what we had to do two weeks before sectionals. We went into the meet with a level head. It was strictly business mostly.”

Brown said he’s in his first full season with the Saints track and field team. He joined the team midway through his junior year.

“I really enjoy the hard work that you have to put into it and the social experiences you get with track,” he said.

For his first three years of high school, Brown played football, but a car accident before his senior season forced him to quit playing on the gridiron.

His source of athletic inspiration doesn’t come from a professional superstar, but from a former track athlete who now works at R.B. Hudson Middle School, Kwantreyl McConico.

“He ran collegiate track with (the University of) Tennessee,” Brown said. “He’s one of our coaches.”

Brown said his tries to set an example for his teammates by going as hard as he can in practice.

“Practice is what you really base your experience off of,” he said. “If you go hard at practice, your training plays into your meets.”

In the fall, Brown will attend Alabama A&M and run track for the university.

“I’m mostly looking forward to the new experience in the new town,” he said. “I also like running against faster people at the next level.”

Before a practice or meet, Brown said he’s most likely listening to some Drake.

“I like to listen to calm and mellow music before a meet,” he said. “It keeps me calm and level-headed.”

Off the track, Brown said he enjoys shoe shopping, running and hanging out with friends.