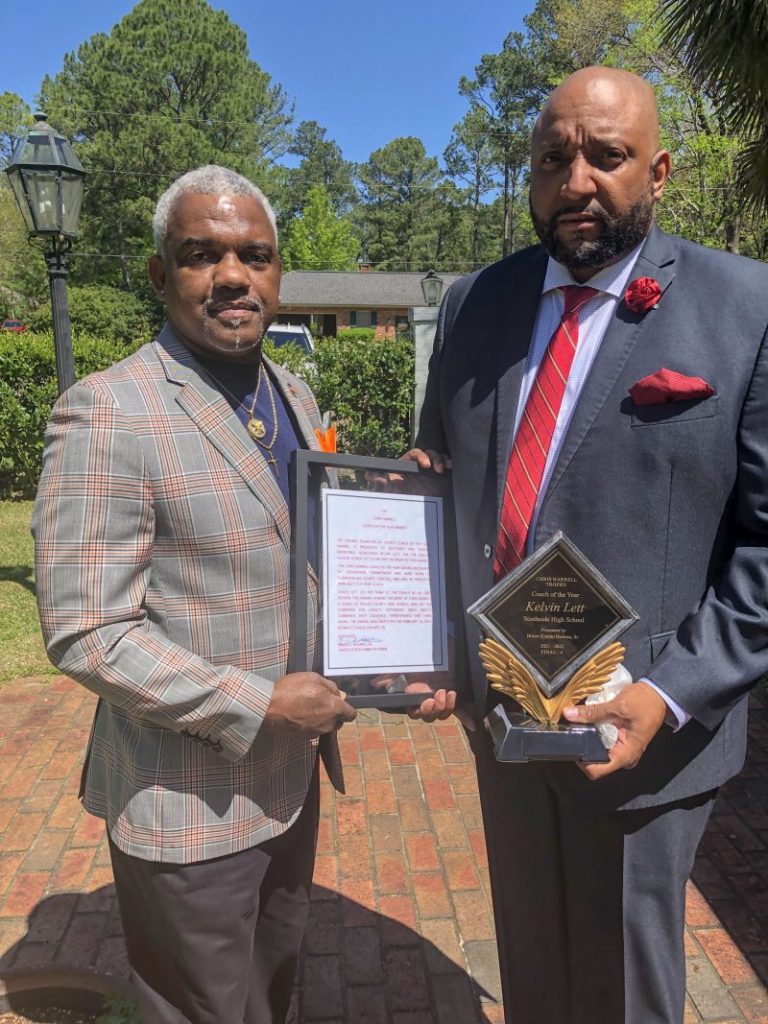 Lett guided the Panthers to the Class 3A state semifinals in his first season.

Bruce Holmes Sr. and his wife, Linda Holmes, presented the award to Lett, The Selma Times-Journal boys basketball coach of the year.

The trophy is named after Harrell, a longtime Dallas County High School basketball assistant coach who was killed in a robbery on February 5, 2021.

Harrell was well known as a mentor as a Hornets’ basketball coach. Harrell was an assistant coach on the Hornets’ squad that won the Class 4A championship during the 2013-2014 season.

Bruce Holmes said that Lett represented what Harrell did on and off the basketball court.

The trophy will be given to the top basketball coach in Dallas County by Holmes after each season.