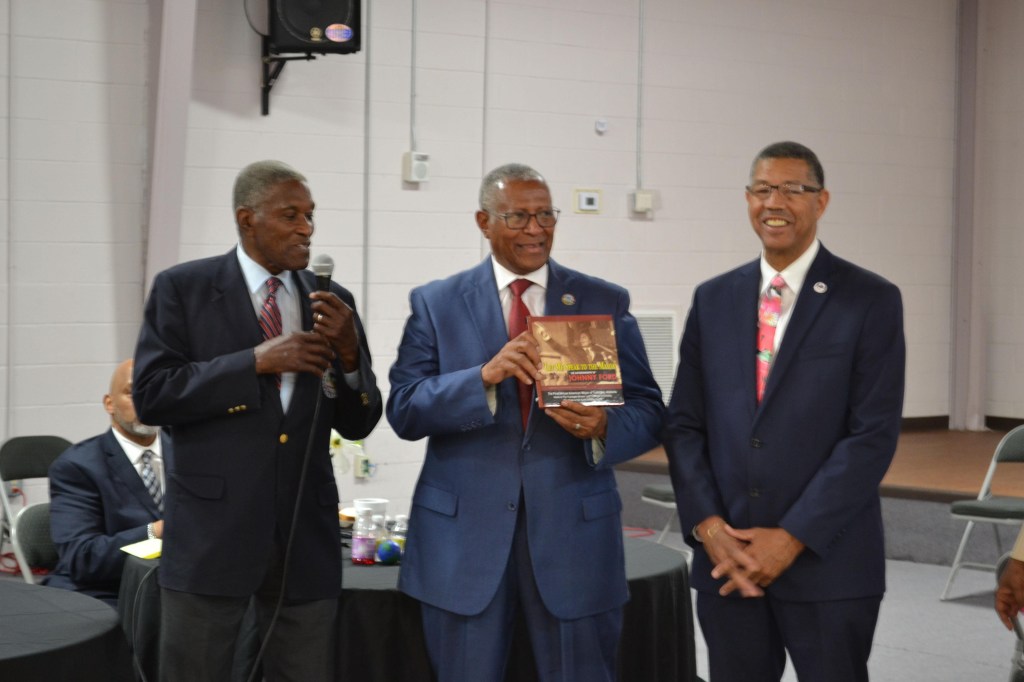 A group of 20 mayors from across the state gathered to approve the group’s elected positions and discuss a number of issues affecting their communities Selma Mayor James Perkins, Jr., who was elected president of the organization, took his oath of office alongside his peers.

“First, I want to thank and acknowledge the leadership of the past president, Mayor Jason Ward, who has done an outstanding job in leading the Alabama Conference of Black Mayors during some very difficult times in this state and in this nation – a phenomenal job that he’s done pulling us together and holding us together,” Perkins said. “I want to thank the members of the organization for the confidence vote in allowing me the opportunity to serve as president of the Alabama Conference of Black Mayors again.”

Perkins said their respective communities face more difficult times ahead as the state and country presses forward through the challenges brought by COVID-19.

“We’re not going out of a pandemic,” he said. “We’re moving into an endemic. Pandemics come and go. Endemics come and stay, and it looks like COVID will be here for a while. We will still have the challenge of leading our communities in these very difficult and challenging times.”

He thanked officials at the federal and state levels who’ve worked via legislative means to provide funding, healthcare services and other resources during the pandemic.

“Now it the time to hunker down, put our hands to the plow and do some very difficult work that is before us,” Perkins said.

Other common issues Perkins said were discussed include financial constraints within communities, old infrastructure, and challenges in both education and workforce, but he added when the mayors join forces and work together to solve problems, it forms a power base within their coalition.

“We have a much greater chance to get the ear of those who have the capacity to actually help us,” Perkins said.

In regards to crime rates within their communities, Perkins said that particular issue is exacerbated by much greater issues.

“I want to also acknowledge and say this – this is a very important point. We are the Alabama Conference of Black Mayors, but we are mayors of all the citizens in our community, regardless of color, orientation, race, gender (and) regardless of age. We are mayors and leaders for all of the people in our community, but what we have are common problems that we experience as a consequence of the demographic and the location of our communities. We just know from past experiences, we have a better chance of resolving these challenges.”

Former Tuskegee Mayor Johnny Ford, who founded the ACBM in 1972, emphasized Perkins’ point regarding unity within the community and understanding the importance of serving all constituents, noting the successes of ACBM’s impact over the years.

“We were able to get millions of dollars to help our cities and our towns because we spoke from a unified standpoint, but we never forget that we represent all our citizens, black or white, rich or poor, old or young, regardless of their race, religion, color or creed,” he said. “We are mayors first, mayors who represent all of the citizens of our cities.”

When asked how politicians at higher levels drafting ‘Divisive Concepts Bills’ and other legislation targeting Critical Race Theory or marginalized groups of people can in itself be problematic, Perkins attributed those happenings to just being the way government works.

Other elected positions filled within the organization include: