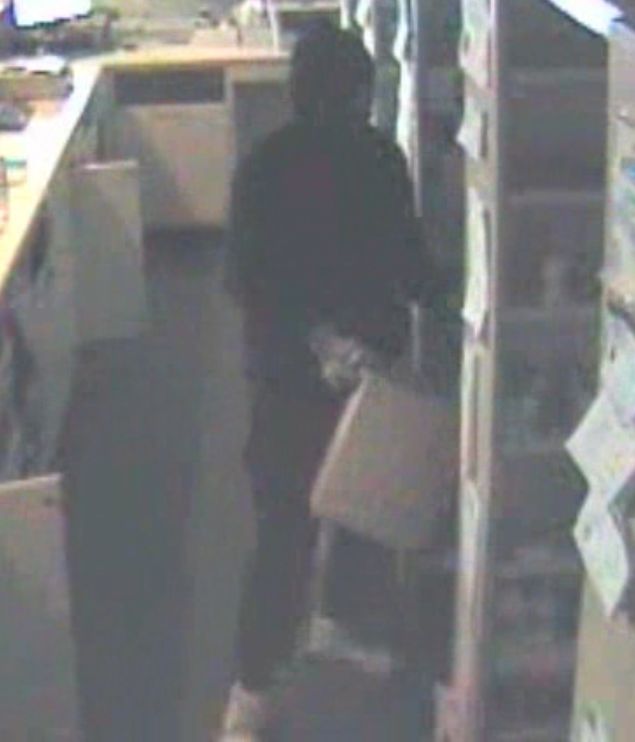 The Dallas County Sheriff’s Office is investigating a burglary that took place at the Valley Grande Pharmacy this week. Central Alabama CrimeStoppers are also investigating the theft.

According to Dallas County Sheriff Mike Granthum, videos were taken by Dallas County Investigators and it showed an unknown male suspect in the act of committing a business burglary between 11:30 p.m. and 12 midnight on Wednesday.

The suspect gained entry by breaking out the front window. The suspect stole an assorted amount of prescription medication from the pharmacy.

The suspect was described as wearing dark colored pants, a black hoodie over his head, a white face cover, white gloves, and white shoes.

Granthum said the DCSO will get help from Forensics.

“We do have video evidence, but we’re sending it to forensics to clean up for us to get a better description,” Granthum said. “It was one subject involved.”

Dallas County District Attorney Michael Jackson said anyone who commit crime in the area will be punished.

“Burglars and thieves who are breaking into businesses and homes will be prosecuted to the full extent of the law,” Jackson said. If anyone has any information regarding the identity of the suspect or his whereabouts, call the Police or CrimeStoppers using the 24-hour tip line at 215-STOP (7867) or 1-833-AL1-STOP or download our P3-tips app.