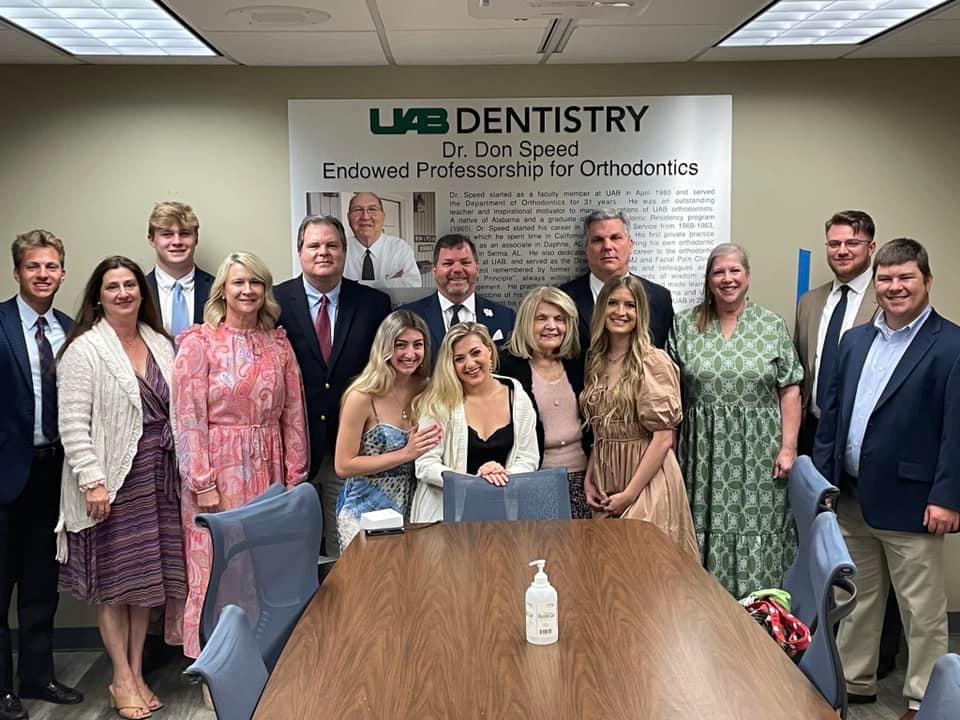 Dr. Bryant G. “Don” Speed was known in Selma and the UAB Dentistry School for generosity to his family, patients and students.

Speed, who died in 2014, was given the honor of Endowed Professorship for Orthopedics at UAB on April 8. In order for full endowment for Speed, the goal was to raise or pledge $500,000. Within a year, that goal was accomplished.  Entering this week, the total stands at $700,000.

Speed began his orthodontic practice in Selma in 1967 and retired in Selma in 2011. Brett Wood took over his practice. Speed also taught at UAB from 1980 until 2011.

“The majority of the money has been given by the orthodontists that he worked with as residents,” Stewart Speed said. “My dad loved his profession and by creating this position, orthodontists has loved him back. Many thanks to those who made this possible.

“My grandfather put everything he had into his job and his family,” Bryant Speed said. Those two things were the most important to him. Because of him it’s why my dad is who he is and my dad is teaching me what his dad taught him and that was how to be a man in your family and your job.”