Selma native, songwriter sings at ‘Groovin’ on the Green’ 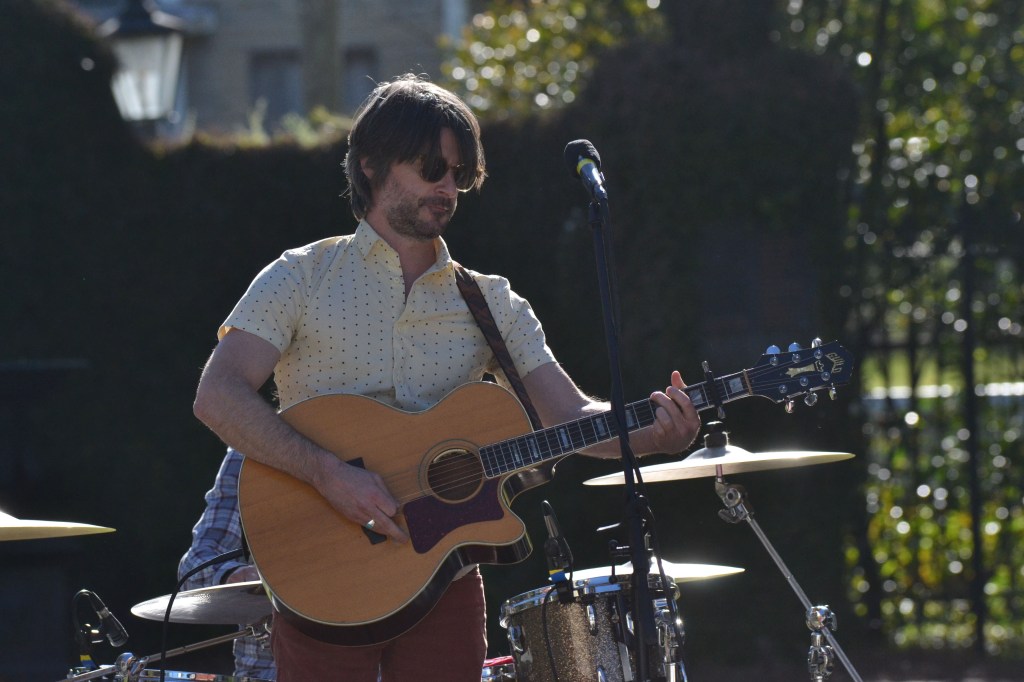 Over 150 community members attended “Groovin’ on the Green,” an event held Saturday at Sturdivant Hall and organized by the Selma Charity League to raise money for the Selma-Dallas County Public Library.

Devon Gray, the League’s organizer for the event, said funds raised from the event will be donated to the library’s summer programs, which benefit more than 6,000 people in Selma and surrounding communities each year.

“With the Charity League being founded on seeing the need and caring for our communities, it’s really important for the organization,” she said. “As the event organizer, it means a lot of me to bring people together in a beautiful space like this.”

Gray added there were two main reasons she chose Sturdivant Hall as the site for the concert.

“This location is always beautiful,” she said. “Then, with event planning the past few years, I figured people would be more comfortable in an outside setting, so that helped seal the deal.”

Attendees chatted with other community members while enjoying cool beverages, catered food and sunny weather as they awaited Selma native Ben Brooks to provide the music for the evening’s festivities.

Ashly Barlow, a travel nurse and Selma native, said she comes to support the Selma Charity League events every year.

“I was really excited for Ben Brooks to be playing because we actually went to all the field parties, and Ben Brooks was the one who also played for us when we were teenagers,” she said. “So, we were all really excited to have Ben. The food’s always amazing. The Edmundites are probably the best caters in all the land. It’s always for a good cause, and you can’t beat $45 a person for food, drinks and entertainment.”

Tickets to the event sold for $50 for singles and $90 for couples. League President Kimberly Levins said the event had a limited number of tickets and people kept asking for tickets all the way up to the day of the event.

“I think it’s been a great response,” she said. “Ben Brooks is from Selma, so I think it’s great that he’s here supporting the community and supporting the library. It’s a great turnout, and we’re happy to see everybody here. It’s a beautiful day.

“I think it appeals to a variety of people. It’s outside. It’s casual. There’s great food, drinks and great music. I mean, what more could you ask for on a Saturday afternoon?”

Levins added Gray did a tremendous job planning the event.

“I wouldn’t have changed a thing about it,” she said.

Brooks took a break between sets with his bandmates and praised the overall success of the event.

“What a day,” Brooks said. “I thought it was going to be chilly, so I brought a jacket and everything. Luckily, I brought a short-sleeved shirt to wear also. I brought some options, but yeah, you can’t beat the day and the turnout. I can’t believe so many people came.”

Brooks said he was thankful for the league inviting him back to perform in a familiar setting.

“I love it,” he said. “They’ve been so good to me over the years. I’ve done several things for the Selma Charity League, but just in terms of just playing here growing up, everybody has just been so supportive of me over the past 15 years.

“I used to play at Warren’s. There used to be a place called “The Swamp” out there and just at countless parties, bonfires and all kinds of stuff. I love Selma. I love coming back here and doing shows.”