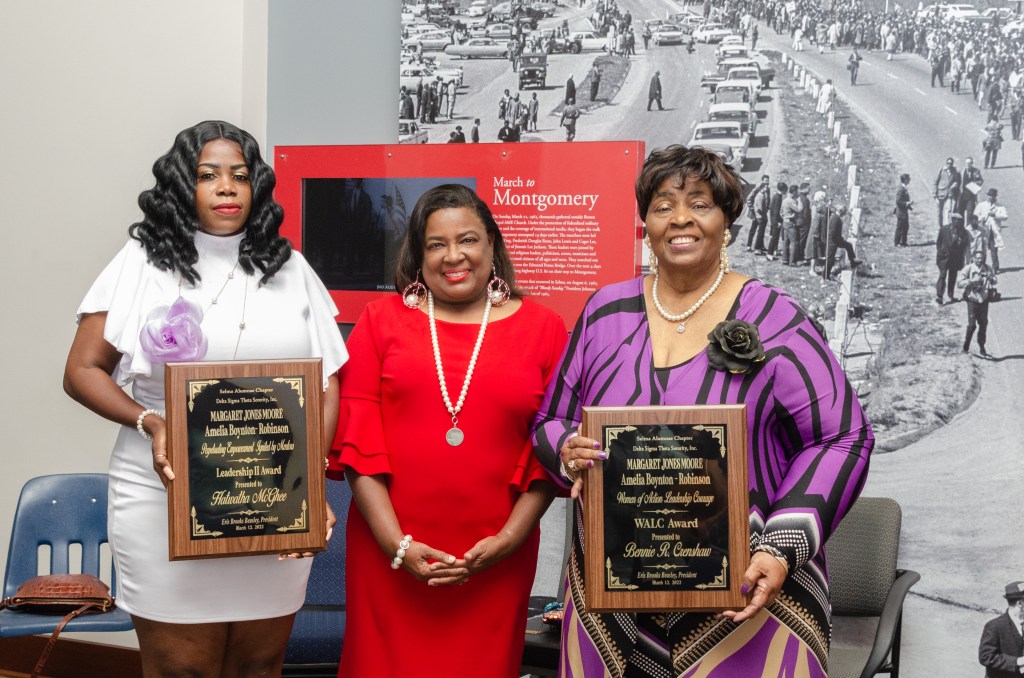 The sorority chose two women who exemplify the leadership qualities of Boynton and Moore: Bennie R. Crenshaw and Hatawtha McGhee.

The award ceremony took place on April 1 at the Selma Interpretive Center.

Crenshaw and McGheee were honored for their engagement, involvement, and support of initiatives, programs, and social action endeavors to improve humanity in the Selma/Dallas County community.

“These ladies embody the fortitude of our honorees the late Margaret Jones Moore and Amelia Boynton Robinson who were education and Civil Rights icons of the 1960’s,” Selma Alumnae Chapter of Delta Sigma Theta President Eris Brooks-Beasley said.

“Both Moore and Robinson were trailblazers of their time, who simply led the way through their actions and of course their outstanding leadership.  The Selma Alumnae Chapter salutes our 2022 Women in Leadership awardees  Mrs. Bennie R. Crenshaw and Ms. Hatawatha McGhee for their contributions to the Selma Community through their efforts, leadership, integrity,  positive spirit and simply a love for the Queen City.

Selma Links closing the gap for success after High…