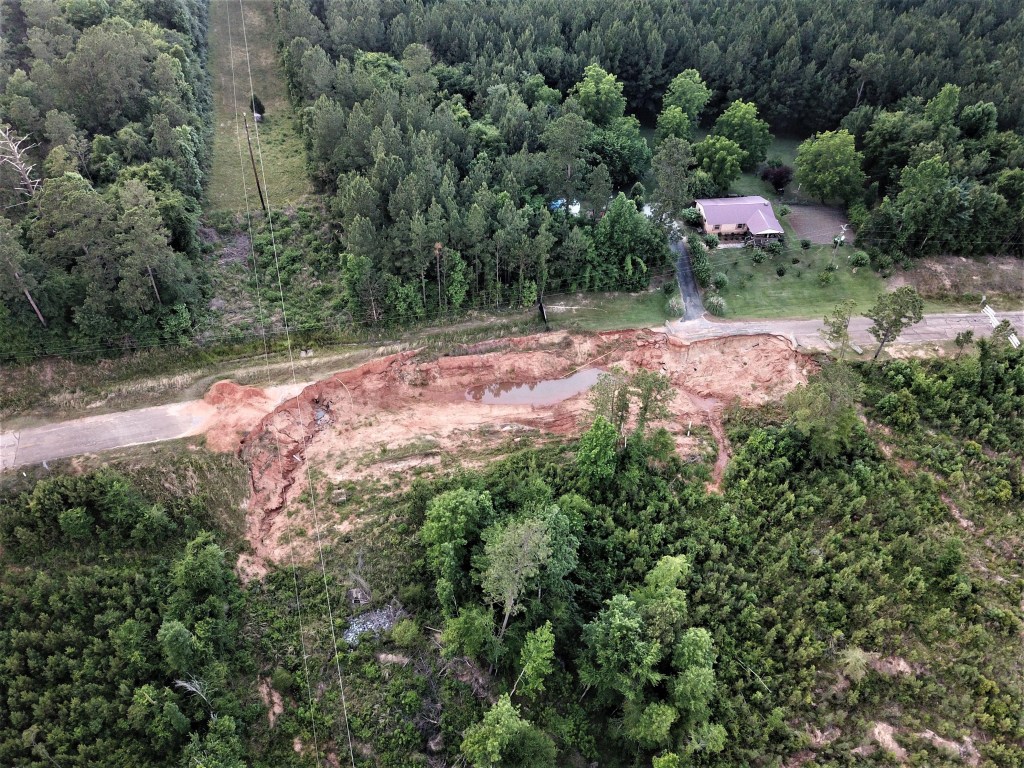 Residents of Camden are invited to attend a public hearing Monday at 5:30 p.m. at the Wilcox County Courthouse Annex to express their concerns about a county road in significant disrepair.

Deborah Baumhauer, a Mobile native who moved to Camden in December, is spearheading a movement within the community demanding action from county and town leaders to be taken to repair an impassable section of Bridgeport Road.

“The problem is that we need a bridge,’ she said. “A bridge has to go over that … We’re going to present to them that we want to apply for a federal grant. Hopefully, we can get it under infrastructure, but I don’t know. We just want the council members to hear our presentation, hear the cry of the Camden citizens and get to work on fixing that bridge.”

Baumhauer said from talking with Camden residents, she found the issues with this road have been ongoing for nearly two decades with no resolution to the issue.

“It’s a major road which connects, let’s just say, the left side of Camden with the right side,” she said. “It’s a gulley, and it washes out. Then, the town comes back and patches it together, puts a Band-Aid on it. Heavy rain comes. It’s washed out. They put another Band-Aid on it here and there and they just have not been able to fix the problem.”

She added residents are being impacted financially by the road not being operational.

“I have a guy that works in my yard and helps me,” she said. “He has to drive all the way around – five, maybe eight miles, out of his way on a daily basis, and sometimes, twice a day, just because there’s no bridge. If there was a bridge, he could be there in two minutes. Without the bridge, it takes him 10 minutes, sometimes 15 minutes, and then all that gas and all those miles. That goes for so many Camden citizens that applies to.”

Baumhauer said school buses and emergency vehicles also have to account for those extra miles when taking routes to provide services to the community.

“It affects everybody here just by not having a bridge there,” she said.

Local residents aren’t the only people impacted by this problem. Baumhauer said outside residents who like to enjoy the river are inconvenienced.

“They have boats,” she said. “Whichever direction they’re coming from, they can’t get to the fabulous boat landing by coming over the bridge. They have to come all the way around to even put their boat in the river.”

She said she made contact with a member of Governor Kay Ivey’s staff, Lee Sellers, regarding the matter and her idea to pursue a grant for this endeavor and was told now is a great time to apply for grants.

“She said years ago, there wasn’t any money, but now there is,” Baumhauer said. “This is our chance and our opportunity to gather as many people as we can to go to that meeting on Monday at 5:30 p.m.”

Baumhauer said she anticipates over 100 residents to be in attendance for the hearing, but added she may go knock on a few more doors and spread the word further before the meeting.

Attempts to reach the Wilcox County Engineer’s Office and Wilcox County Commission Office were unsuccessful. The numbers listed with each location on Google Maps were no longer in service.