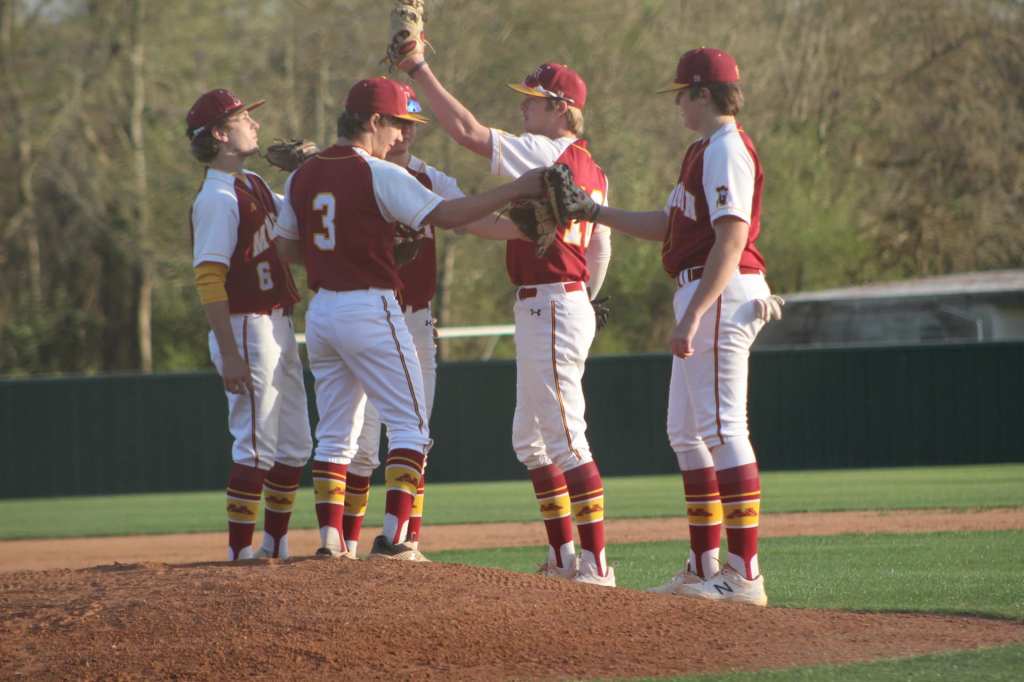 “We had two normal starters not out (there), we had just played a doubleheader the day before, pitching wasn’t in the best position and fatigue just kind of got us a little bit,” he said.

Tied 4-all after four innings against Ezekiel Academy, the Knights brought home four runs in the fifth inning to secure the win.

Morgan Academy pitcher Hayden Roberts spent 4 1/3 innings on the mound. He allowed eight runs and nine of the Knights’ 10 hits. T.B. Clements pitched two-thirds of an inning to close the contest.

C.J. Crocker led Morgan Academy at the plate, going 2-for-3.

Pickens Academy pulled ahead with two runs to break 5-all stalemate in the fourth inning.

Clay Beers started on the mound for the Senators. He pitched 3 1/3 innings, giving up three hits and four runs while striking out one.

Clements went 2-for-3 at the plate for Morgan Academy.

In Game 2 against Fort Dale, the Senators fell short in a comeback bid despite scoring eight runs in a failed rally.

Vardaman started on the mound for Morgan Academy. He pitched four innings, allowing three hits and five runs while striking out five.

Crocker led the Senators in hits, going 2-for-4 at the plate.

Thomas pitched a complete game shutout in the opener against Fort Dale, striking out 11 batters and allowing five hits.

“I thought we played really well in Game 1,” Coach Clements said. “Thomas was lights out on the mound. He has really pitched well for us this year. I thought we let our foot off the gas in Game 2, but I really like the way our guys kept fighting and scratching to put ourselves in a position to win a shootout.”

Coach Clements said the victory in Game 1 of the doubleheader clinched the series win for the Senators.