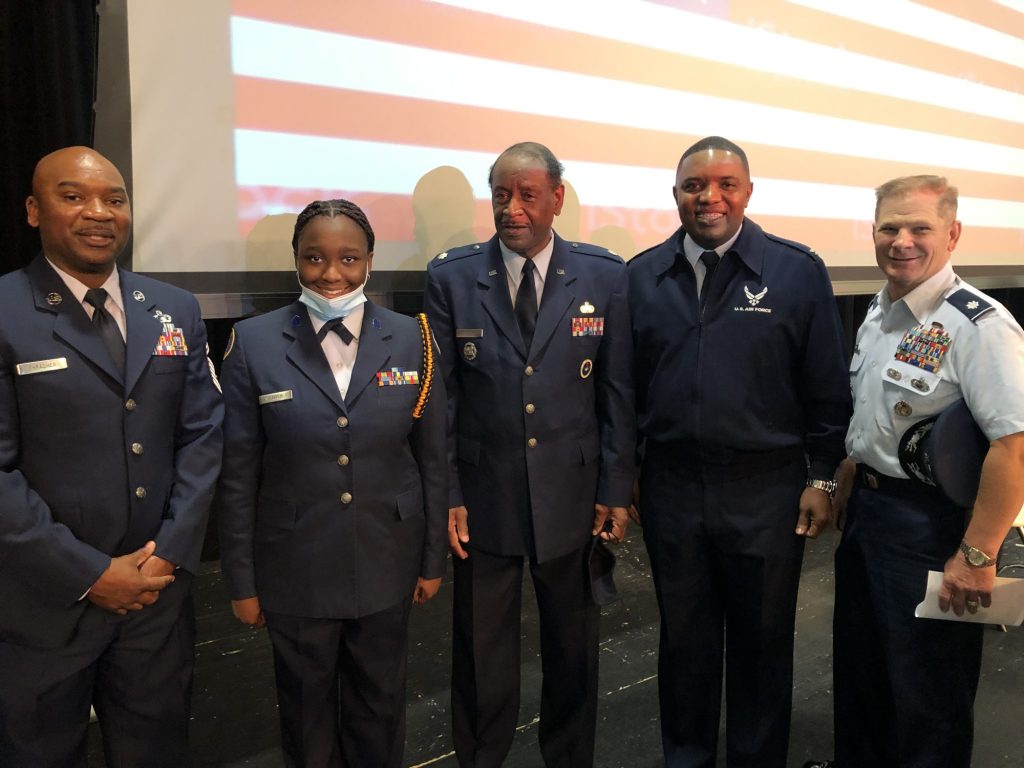 Jones was nominated for appointment to the rank of brigadier general Jan. 7, 2021. His official pin-on date is to be determined.

Jones said he was honored to speak at Selma High and celebrate the prestigious achievement in his life.

“It’s an absolute pleasure speaking at my alma mater,” Jones said. “I don’t always get a chance to come back to Selma.”

Jones said the foundation for a stellar Air Force career began in Selma.

Jones was a star point guard on the Selma High basketball team, playing for the late coach A.A. Sewell and Willie Maxey.

“Otis C. Jones is a giant in the military world,” Jefferson said. “He has made the city of Selma proud and the young generation would say, he’s done a lot of stuff.”

Jones built an impressive resume in the Air Force back to 1995.

In the Air Force, Jones became a star point guard at Air Force and left as the Falcons’ second career scoring leader with 2,003 points. He graduated from Air Force in 1995.

“I’m proud to be part of something bigger than myself,” Jones said.