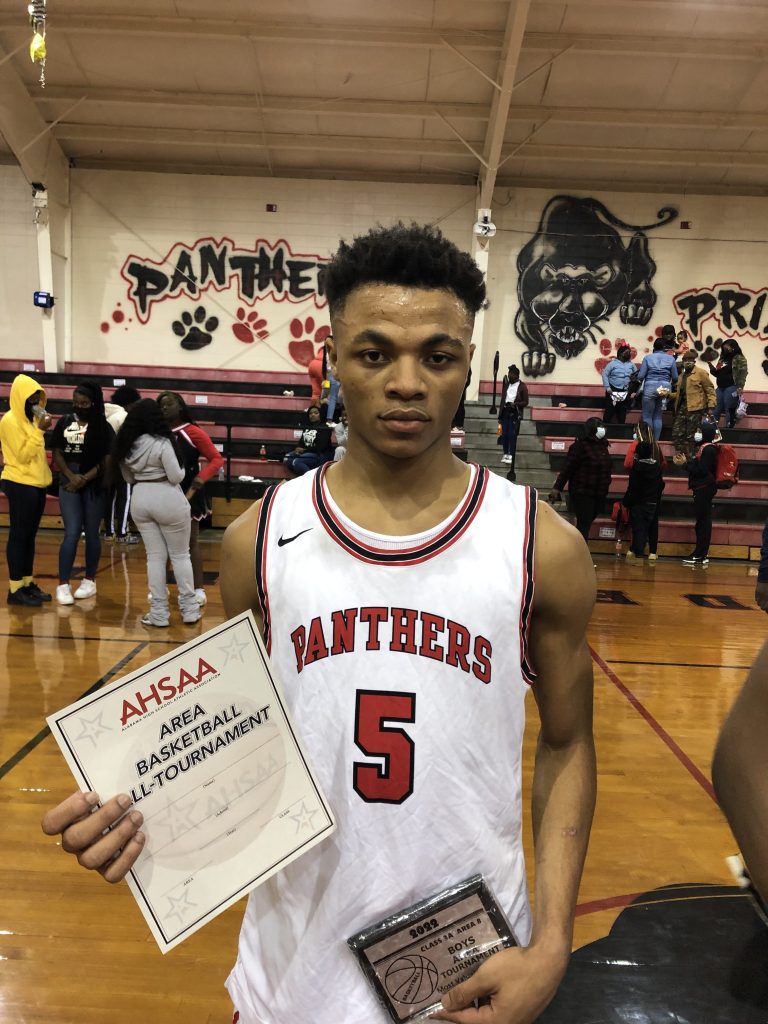 Southside point guard Chris Thomas continues to add on accolades to an ever-growing resume in his senior year of sports.

“It really doesn’t shock me, but it still feels special because I’ve put in all that work and it paid off,” Thomas said. “It really feels normal because I knew the goals I wanted to achieve, and I knew I was going to achieve them.”

In his final run with the Panthers, Thomas averaged 21.5 points per game, seven rebounds per game and five assists per game as the Panthers went 22-10 and advanced to the Class 3A state semifinals.

Thomas’ efforts earned him a second-team nod on the Alabama Sports Writers Association’s 3A All-State team. He made all-state in football as an athlete earlier in the school year.

“Chris is a great athlete and a great student of the game,” said Kelvin Lett, Southside boys head coach. “He’s what we’d call back in the day a ‘gym rat.’ He practices just as hard as he plays. He’s a No. 1 competitor.

“One thing about Chris now – he’ll do anything it takes for his team to win. In the regional championship game, he actually led us in rebounding as a small guy. Whatever it takes for the team to win, he’s that type of competitor and leader.”

He added Thomas set the example for the team and he improved his game in his senior season.

“His game grew, but he didn’t have much room,” Lett said. “I can give credit to the previous coaches because Chris was already well-rounded when I got here. I just hate that I’m only going to have him for one year.”

Southside’s journey ended in a 60-43 loss to Winfield at Legacy Arena in the Birmingham-Jefferson Convention Complex.

“Coming up short was a tough feeling – a bad feeling that nobody wanted to feel,” Thomas said.

Thomas said of his favorite parts of the basketball season revolves around the rivalry between Southside and Selma. The teams split the series in the 2021-22 season.

“That’s something I’m going to miss, for real – the rivalry games,” he said.

He added he realizes what he’s leaving behind, but he’s positive the players waiting in the wings can go back next season and finish what they started.

“I’m going to miss the team elements, the coaching – I’m going to miss everything,” he said. “I’m just going to miss high school basketball, period. And what I want to leave behind for the next group of kids is to keep grinding, go try to do better than what we did, get a ring and keep going.”