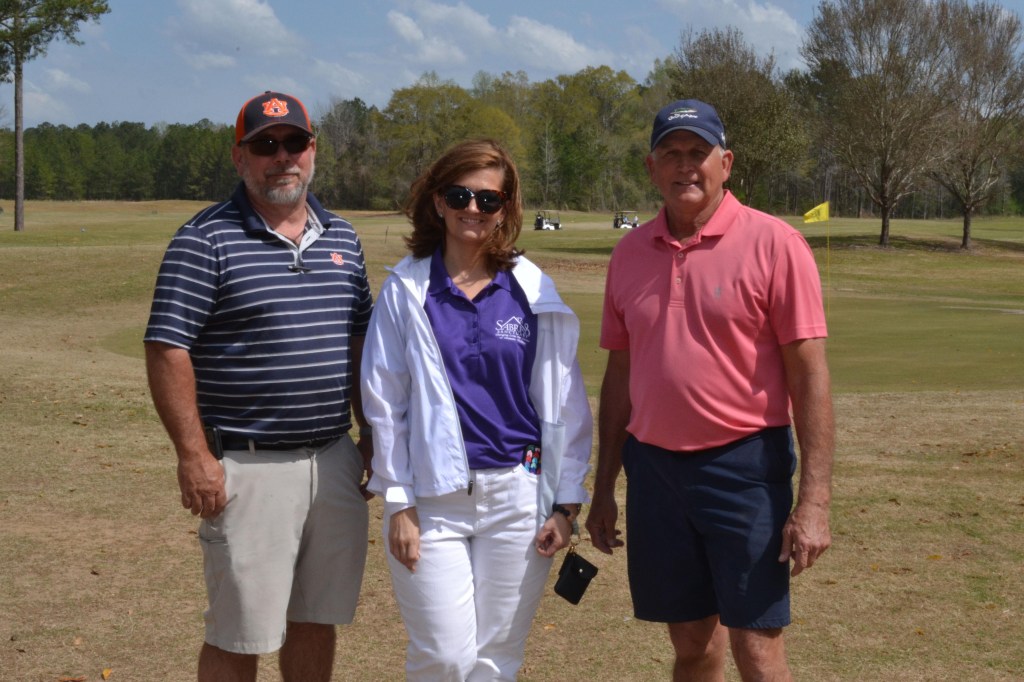 SABRA Sanctuary collaborated with Pepsi-Cola of Selma to host a charity golf tournament Thursday at Valley Grande Golf Course and raised close to $15,000 for the sanctuary.

“It was 21 teams when we took off this morning,” she said. “We had over 80 hole sponsors, and that doesn’t include everyone from the community that contributed a door prize.”

She added the pandemic had effectively stifled the organization’s ability to hold fundraising events.

“It was the first fundraiser in two years, so we were in desperate need of the funds to continue to do what we do,” South said. “We’re just so very thankful for the great weather and all the community support.”

South said the money would help the charity support its emergency shelter and crisis line, both operated around the clock to serve victims of domestic violence.

“We interview them, talk a little bit about what their problems are and if they qualify to join us, they can come to shelter for free indefinitely,” she said. “We help them with a safety plan. The mission of SABRA is to position them in a hopeful situation back toward independent living and to make domestic violence a topic – not something that just gets swept under the rug.”

Doug Horton, a supervisor at Pepsi-Cola of Selma who both participated in and helped plan the tournament, said the event was months in the making.

“Probably five or six months ago, our boss man Cheyenne Bradford (Vice President and Director of Operations for Pepsi-Cola of Selma) said that he felt like we ought to do a golf tournament or something to help out with a charity,” he said. “My wife, Tracy, who’s on the board with SABRA Sanctuary, we talked with her and things just kind of went from there. Each year, we just kind of want to help out with a charity.”

“I know the things that they do are good,” he said. “We like helping groups out that do charity work like that, and we really enjoy helping them.”

While there was no rain present to play spoiler for the tournament, some heavy gusts of wind swirled through the golf course around 2:30 p.m. as some of the field of competitors were making their way to the 18th green to wrap up their day.

“We were claiming that the wind was going to blow all the golf balls in the right direction,” South said.

South emphasized how grateful the organization was for the community support that made the event a success.

“We’re a 501c3, so we didn’t have to come out of pocket for anything, not even the green fees,” she said. “Pepsi Corporate paid for that. Everything from the car wash gift certificates all the way to the gift cards and golf bags that were donated, there’s such a gamut of different things. I was just so very humbled. Nobody told us, ‘No.’”

“It’s really nice to be able to get together as a community and be able to help our organization,” she said. “We really rely on fundraising to match funds for SABRA. It’s very vital that we have these again.”