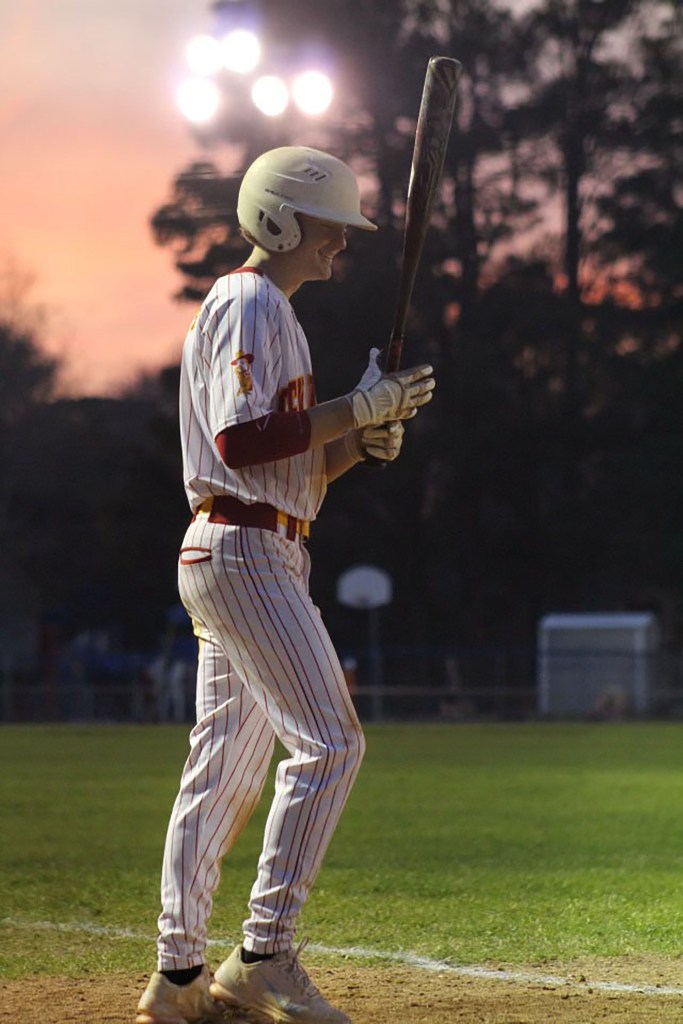 When Morgan Academy junior T.B. Clements stepped up to the plate in the bottom of the sixth inning with his team trailing Ezekiel Academy 8-5 on Friday night, he said he knew he needed to provide his team with a spark.

With the bases loaded and an out on the scoreboard, Clements connected with a double to tie the game, then stole third and home to score the go-ahead run in a 10-8 victory in a doubleheader. The Senators shut out Ezekiel Academy 6-0 in the opener.

“It helped our team a lot, but it also got some momentum going,” Clements said.

His performance at the plate – 3-for-4 with four RBIs – earned him Times-Journal Athlete of the Week honors for the week of March 21-26.

Morgan Academy head coach Stephen Clements said Ezekiel Academy had seized the momentum in the top of the sixth, but a walk and singles by John Allen Ingram and C.J. Crocker set up the bases-loaded scenario with the tying run on first base.

“T.B. comes up, does a good job of getting a good pitch to hit and drives it over the centerfielder’s head for a base-clearing double,” he said. “Then, he gets a good jump and steals third base, and we have a wild pitch that kicks off. It was a really good job of running bases and taking what you can get.

“He scores a run there, then Andrew Thomas follows it up with a home run over the left field ball. It just shows you how you just build on momentum. As a team, they just all believed and kept fighting to the end.”

The younger Clements said he’s been playing baseball since he was four years old.

“I enjoy playing with my friends and the excitement of getting of being able to go out there and make plays and make hits,” Clements said.

“He keeps it real simple,” Clements said. “He doesn’t try to get too crazy, and it works.”

Clements said he tries to encourage his younger teammates by helping them maintain perspective if they strike out or make an error.

His plans after high school won’t include playing baseball.

“I’m not trying to play in college,” he said. “I have too many arthritis and surgery problems. I just want to get out of school, go to college and get my degree. I want to be a veterinarian and go to Mississippi State.”

Clements said his favorite place to eat in the Selma and Dallas County area is Mi Tenampa, his go-to music before a game or practice is Hank Williams Jr. and he enjoys hunting and fishing in his spare time.

In the classroom, he said his favorite subject is chemistry, taught by Tommy Lenoir.

“It’s really hands-on, and it’s cool to watch,” he said. “It’s cool to be told what something can do, and then watch what it does instead of just being told how it works. You actually get to see how it works.”