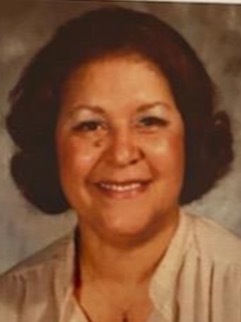 Mary Emma was born, March 29, 1930, to John Brown and EmmaPerry Brown in Selma, Alabama. Mary graduated from Selma University High School in 1948 and Hampton University, Hampton, Virginia, in 1952, with a Bachelor of Science degree in Home Economics. Upon graduation, she moved to St. Louis, Missouri, where she worked at a daycare center, commencing a loong teaching career. A year later, Mary moved to Cleveland, Ohio, and met and married Russell Fox. She taught in the Cleveland City Schools, until her retirement in 1985.

Mary’s spiritual journey began, attending the First Baptist Church in Selma, with her mother. This famous church became a well-known venue for many civil rights speeches of Martin Luther King Jr., and others during the 1960s. After moving to Cleveland, she joined Lee Road Baptist Church in 1970, where she was active in the Fidelity Missionary Women’s Group, and co-chaired successful Women’s Day Hat Show fundraisers.

Mary served as chairman of the program committee of the Hampton Alumni Association of Cleveland, Ohio, and was featured in the Pittsburgh Courier in 1957, at its first annual supper dance at Shaker-Lee Hall, where she presented a donation to benefit the United Negro College Fund on behalf of the Alumni Association.

As a long-time resident of the Mt. Pleasant community, Mary was very active at the Mt. Pleasant Community Center where she participated in numerous civic endeavors including the Senior Citizen Police Academy at Cleveland City Hall, attended community meetings, provided assistance to neighborhood children and supported local politicians.

Though Mary traveled to Mexico, the Bahamas, and the states, visiting friends and family, it was always her favorite travels back home to Selma that she cherished most and spoke often about her childhood growing up on a farm and her family’s Texaco service station and store.