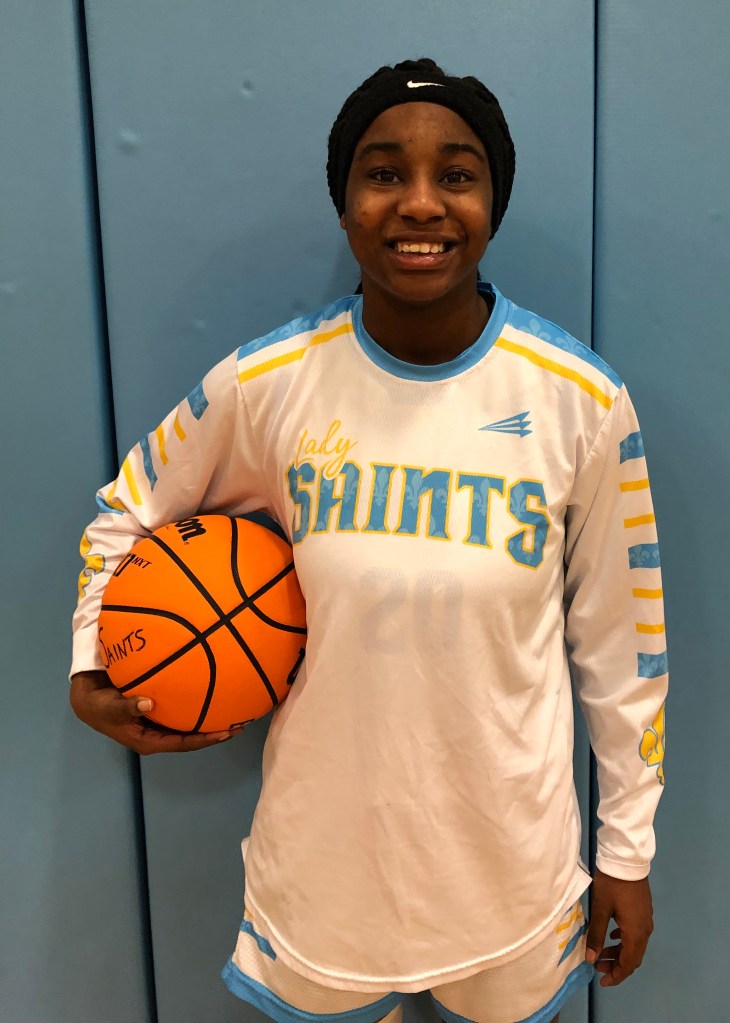 Walker averaged 21.3 points, seven assists and three rebounds per game in a season where Selma reached the regional semifinals. Her efforts earned her distinction as the Selma Times-Journal Player of the Year in girls basketball.

The Lady Saints defeated Keith to win the Dallas County Girls Basketball Tournament and finished as runners-up to Central Tuscaloosa in 5A, Area 7. Selma fell to St. James 41-32 in the 5A regional semifinals.

Selma head coach Willie Morgan, The Selma Times-Journal’s Coach of the Year, spoke highly of Walker’s effort and intensity on the court.

“She’s like our little firecracker on both ends of the floor,” Morgan said. “When she goes on offense, everybody else comes with her, and also too, on the defensive side of the ball, when she’s at her game, she causes a lot of havoc.”

Morgan said Walker carried the squad throughout the whole year.

“She played her butt off all year long,” he said. “I just wish I had another year with her, but unfortunately, she’s a senior. I’m proud of her. She’s one of the ones who really bought into playing great, hard-nosed defense.”

Walker said Morgan’s approach to strategy kept the team competitive throughout the year.

“Basically, our defense won almost all our games,” she said.

She added would miss her teammates and coaches because she had a good bond with them.

An honorable mention on the 5A All-State team  by the Alabama Sportswriters Association, Walker said she left it all on the court in her final run with Selma.

“I feel like I gave it my all,” she said. “I didn’t want to go home yet. I was doing it for my team so we could continue and make it to Birmingham because we didn’t make it last year.”