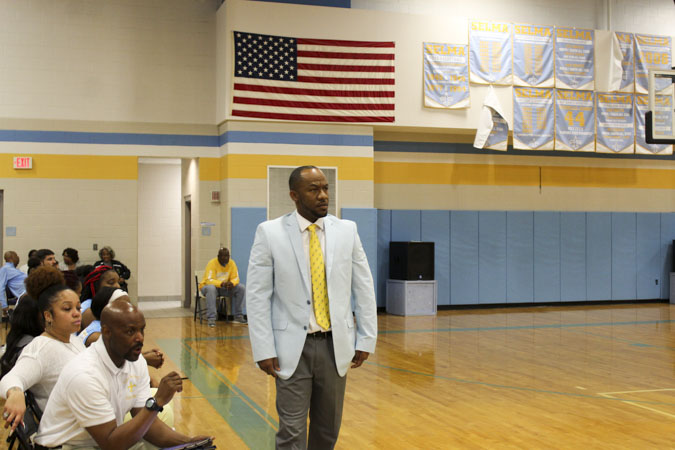 Selma High School girls basketball head coach Willie Morgan said his team advanced to the Class 5A regional semifinals during the 2021-22 season due to the squad embracing his defense-first philosophy.

The hard work put in by the players and Morgan netted the girls a 20-4 record and Selma Times-Journal Coach of the Years. honors for Morgan.

“Well, to be honest with you, I’m shocked, but at the same time, I’m blessed,” he said. “I’m humble. I’m grateful. The girls (exceeded) everyone’s expectations, even their own.

The season included three wins over rival Southside, a squad that reached the 3A state semifinals.

Morgan said Southside had a great run and his team benefitted from some favorable bounces of the ball in each of the Lady Saints’ victories. One of the meetings came in the semifinals of the Dallas County tournament, where Selma advanced and defeated Keith for the county title.

“We were able to do some things that I think no one in the county or the city expected us to do to win against Southside,” he said. “I’m not going to say their team is stacked, but they’re very good, very talented, very young and very hungry. Once again, with those three games that we actually played them, we got a few lucky bounces that actually went our way and by the grace of God, we were able to pull it out.”

Morgan said his team can learn plenty from how the season ended and apply it moving forward.

“To build off our last game, we’ve just got to stay disciplined within our assignments, stay mentally tough and no matter how the game is played, we’re going to play 32 minutes of hardcore basketball,” he said. “Hopefully, they’ll learn from this past year. Hopefully, they can add some fuel to their fire and carry it over into the offseason so we can work to not have the semifinal of the region be our last game.”