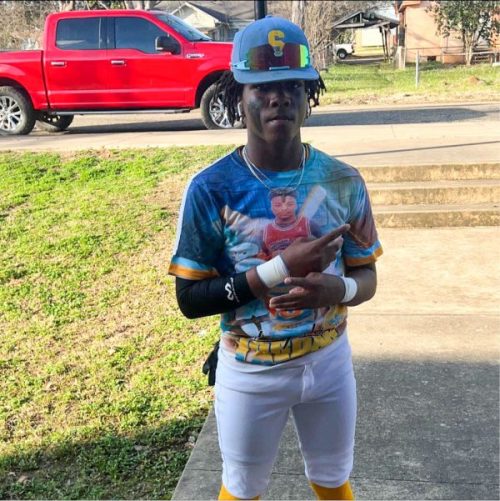 Selma High School pitcher Ty McGuire’s performance in the Saints’ 3-2 victory over Jefferson Davis on Thursday netted him recognition as the Times-Journal Athlete of the Week.

McGuire struck out 14 Volunteers to help his team secure the win.

“He won the game,” said James Sewell Jr., Selma baseball coach. “Without him, it would have probably been another outcome. He was composed, he never gave up and he kept fighting to the end.”

“He’s a leader,” Sewell said. “Everyone follows him. He’s everything you need.”

McGuire said he was happy to help his team earn the win, but this particular victory was special for him on a personal level.

“It meant a lot to me because we lost a close friend who played baseball with me,” he said. He added bringing home the “W” made him feel like his friend was with him in that moment.

The sophomore started playing baseball when he was three years old.

“I enjoy being competitive and cooperating with my teammates,” he said.

McGuire said one of his favorite baseball players to watch and draw inspiration from is Detroit Tigers shortstop Javier Baez.

Inside the classroom, he said his favorite school subject is math.

“You’ll have to learn a lot about numbers and money as you get older,” he said.

Before practice and games, McGuire said he likes to listen to Meek Mill’s “Dreams and Nightmares.”

He noted some of his hobbies include working out, sleeping so he can stay well-rested and spending time with friends and family.

McGuire said American Deli is his favorite place to eat in Dallas County.

“I don’t get (anything) from there but the rice because there will be rice with vegetables in it,” he said.