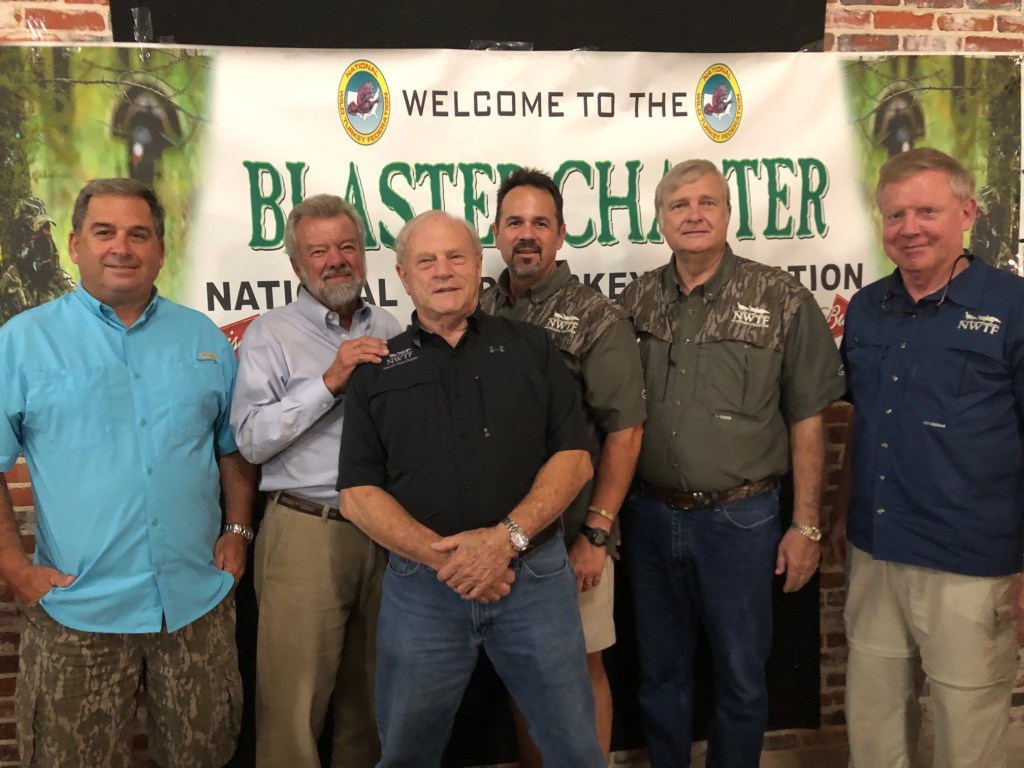 Special to the Selma Times-Journal

The Redbuds are in full bloom, which means the turkey are gobbling and the Crappie are biting. It also means it’s time for the Blaster Chapter of the NWTF to hold its 2022 Superfund and Hunting Heritage Banquet.

The event will be held Friday, March 18, 2022 at the Y Not Entertainment facility located at 2940 County Road 27 in Selma. The doors will open at 6 p.m. with dinner being served at 7 p.m. Rousso’s Seafood, heralded as the Gulf Coast’s finest seafood buffet, will cater the event.

This is the 32nd annual Banquet for Selma’s Chapter and the organization looks forward to another successful effort on behalf of the wild turkey. In addition to the great food, the banquet has gained popularity as an evening that can be enjoyed by the entire family. It features live auctions as well as raffle events.

The money raised at the event will be used to support the various conservation and hunting preservation efforts of the NWTF. In the latest report from Charity Navigator, America’s largest independent charity evaluator, the NWTF was found to put 89.9 cents of every dollar spent towards its mission. The NWTF also received the highest score possible on fundraising expense and efficiency. It is one of the few national conservation organizations which returns the majority of its funds to its grass roots membership.

In 2020-2021, the Alabama State Chapter and local chapters of the NWTF contributed $561,456 toward the goals of the organization in Alabama. These efforts included $29,444 in support of shooting teams and Archery in the Schools, $31,700 for scholarships and education, $40,601 toward our hunting heritage, $52,474 in conservation seed and seed subsidy, and $14,266 toward research. The chapter held 15 land-owner workshops/field days, held numerous youth events, created 76 new hunters, provided free landowner technical assistance, conserved 99,207 acres, served as the supporting sponsor of the Avid Turkey Hunter and Brood-Survey groups, and completed agreements with the U.S. Foresty Service and Natural Resources Conservation Service.

Alabama has already surpassed its ten-year goal in the NWTF’s Save the Habitat, Save the Hunt initiative.

Selma’s Blaster Chapter has earned the “Golden Gobbler Award” every year since its charter and is one of only three chapters in the nation to achieve Golden Gobbler status for 30 consecutive years. The success of Selma’s Chapter is due to the overwhelming and unselfish support of local businesses, professionals, and individuals who sponsor the Chapter’s Super Fund Banquet. These sponsors believe in and support the NWTF in its effort to preserve America’s hunting heritage and conservation of all species of wildlife. They recognize that these efforts will be most appreciated by future generations of hunters and wildlife enthusiasts alike.

Banquet tickets, which include NWTF membership, meal and refreshments can be acquired from any committee member or by contacting Jere Peak (872-2303) or Jason Potvin (375-0298).