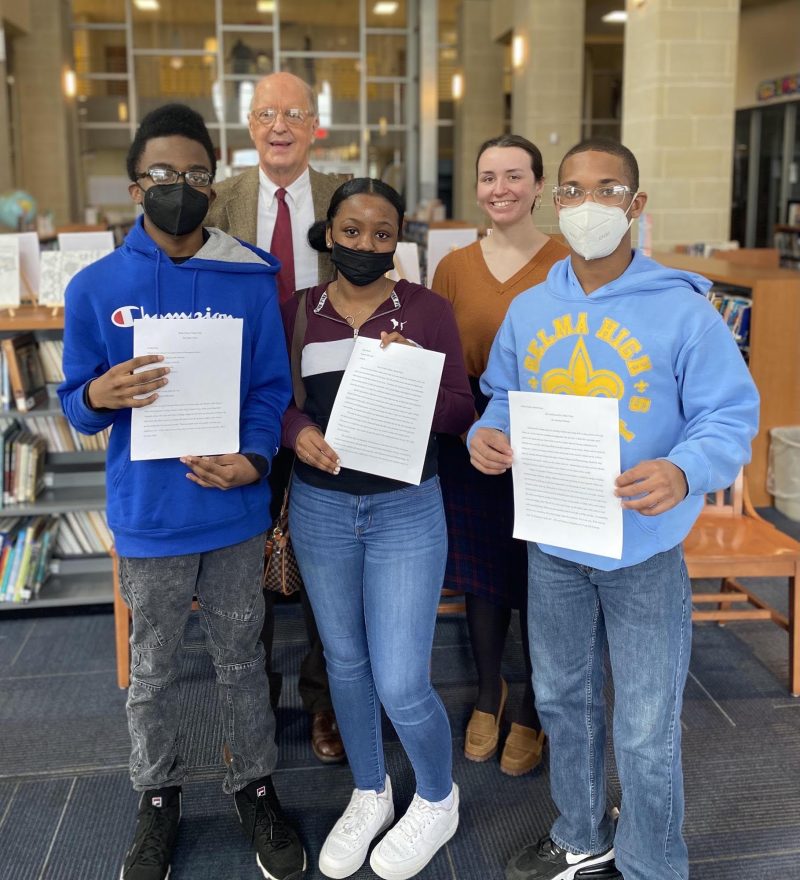 Broad Street Books recently collaborated with Selma City Schools to hold a writing contest with the theme, “How I Would Improve Selma.”

Tipmore, announced the winners via press release Thursday and said he planned to sponsor the contest annually.

“I’m glad to be able to provide an opportunity for students to frame their thoughts how to make Selma a place they can be proud of,” he said. “These three winners have accomplished that goal—and then some.”

Each of the winners represented Selma High School.

Reagan S. earned a $100 prize for her first-place essay.

“I think of my ancestors walking across the Bridge and what they went through so that we could have equal rights,” she said. “It’s important to keep these ancestors in our memories and build on their stories.”

“We need to have a new conversation with our students in Selma schools,” he said. “We need to concentrate less on street life and more on what it takes to be good citizens. I ended my essay with a John Lewis quote because he’s the type of individual we need as a model.”

“People like him don’t pop up every day,” Carter said. “If Selma uses him as an inspiration, I think we could draw some people of high quality to our city.”

Kraker selected winners from the field of contest participants, who each submitted 300-500 word essays.

She said her criteria for judging the essays included clarity and originality.

“It’s a pleasure to honor these three strong students who are interested in achievement,” Kraker said. “Through writing, they are learning how to make their voices and ideas heard.”

Tipmore said copies of the essays will be displayed at Broad Street Books, 22 Broad Street. The store opens Tuesdays, Wednesdays and Thursdays from noon-4 p.m. and Saturdays from 10 a.m.-2 p.m.