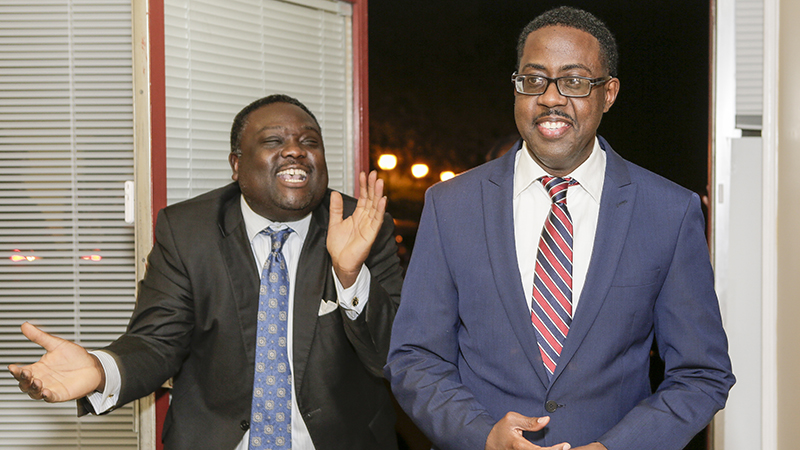 Billy Young announces Prince Chestnut as the winner of the election for the Alabama State House of Representatives in District 67 at his campaign headquarters Tuesday night.

Here is a look at each SB and its purpose:

SB125: It is a proposed Constitutional Amendment to authorize the state, a county or a municipality to grant certain monies to public or private entities for broadband infrastructure.

The three bills came through the House Urban and Rural Development Committee, which State Rep. Prince Chestnut is the Ranking Minority Member.  Chestnut said  members of the committee voted the bills out of committee and was passed in the House a week later.

“I was more than happy to vote in favor of these bills,” Chestnut said. “Senator Clay Scofield and Representative Randall Shedd should be commended for their leadership on these bills. Broadband expansion is vital in bettering the lives of all Alabamians, especially those of us who live in Rural Alabama. Our region can become more attractive for job and population growth. Together, we can work towards ending the digital divide.”