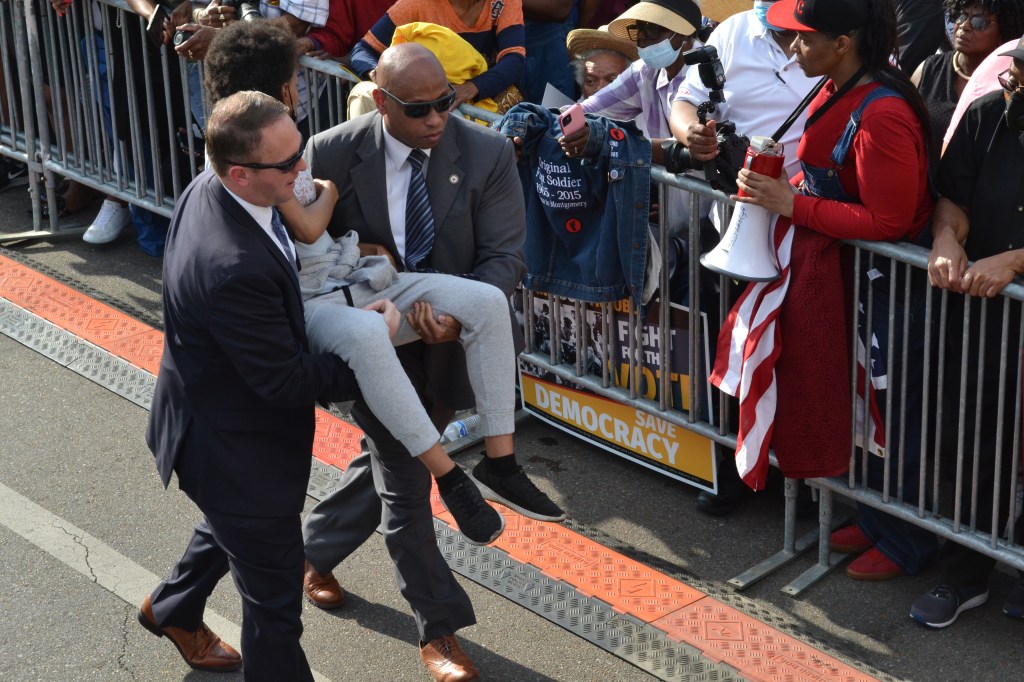 Sunday marked my first-ever experience with the annual Bridge Crossing Jubilee in Selma.

Although I was in work mode and focused on my assignment for the day, I did my best to take in the moment – the sight of so many people who traveled to participate in the march and the sound of powerful words coming from civil rights icons and government officials in attendance.

As the event progressed into the late afternoon and each speaker addressed the crowd, I noticed a particularly worrisome trend.

Several times, I heard the phrase, “Someone passed out!” In one instance, a pair of Secret Service members helped carry one of the prospective marchers away from the crowd for some medical attention.

After seeing the latter, I thought about the situation and wondered why I didn’t see any volunteers handing out water to the group of marchers or stations set up where those who were going to march could keep themselves properly hydrated.

Yes, I realize there were vendors on hand where I presume water was available for purchase, but at an event of this caliber, I don’t believe people who are here to march should have to pay for water.

I don’t bring this up to cast blame on any specific group involved in the planning process for the Jubilee. I mention it simply as a safety concern that should be taken into consideration.

Given what the Jubilee represents, someone has to step up to the plate and prevent this from happening in the future.

If you’re going to express your discontent with politicians making laws preventing people from giving water to people in line to vote, then you have to set the example. Provide water to the people who are lined up to march and show their solidarity for a worthy cause.