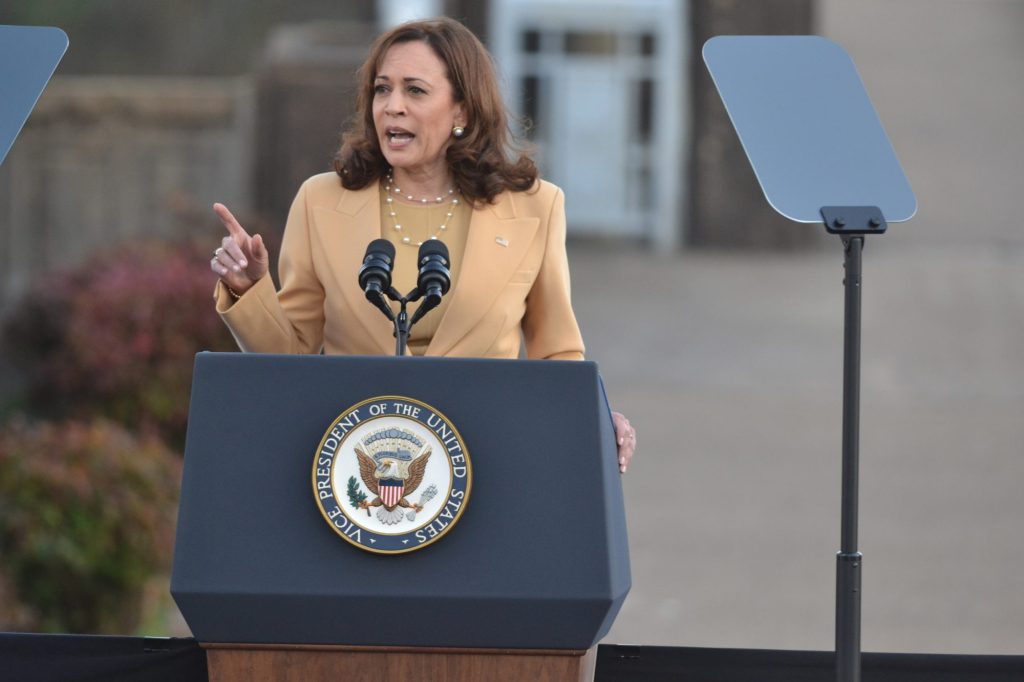 Vice President Kamala Harris arrived to Selma around 1 p.m. under a convoy of state and federal law enforcement.

An overflow crowd on Broad Street and Water Avenue fought off a bright sun and heavy winds to witness the Vice-President attend her multiple Selma Bridge Crossing Jubilee with heavy oohs and aahs. Harris tapped on the window of the air-conditioned vehicle which she was passenger of, flashing her hand to the crowd under a heavy smile.

“It’s a privilege to honor so many American heroes,” Harris said. “It’s an honor to be here with families of John Lewis and Martin Luther King. Freedom and democracy can’t be taken away from any of us. We must fight together to secure our nation and move our nation forward.’’

Before Harris spoke, President Joe Biden issued a statement at the anniversary that marked “Bloody Sunday”  on March 7, 1965. Biden also spoke about passing both the John Lewis Voting Rights Advancement Act and the Freedom to Vote Act.

“My Administration will continue implementing my Executive Order to promote voter participation, increase access to the ballot, and rally the country to protect voting rights and election integrity,” Biden said. “Vice President Harris, marching in Selma, will continue to lead this effort.
“The U.S. Justice Department has doubled its voting rights enforcement staff to stop discriminatory voting laws as the Voting Rights Act of 1965 empowered it to do. And I will continue to use every tool at my disposal to strengthen our democracy and keep alive the promise of America for all Americans. The battle for the soul of America has many fronts. The right to vote is the most fundamental.”