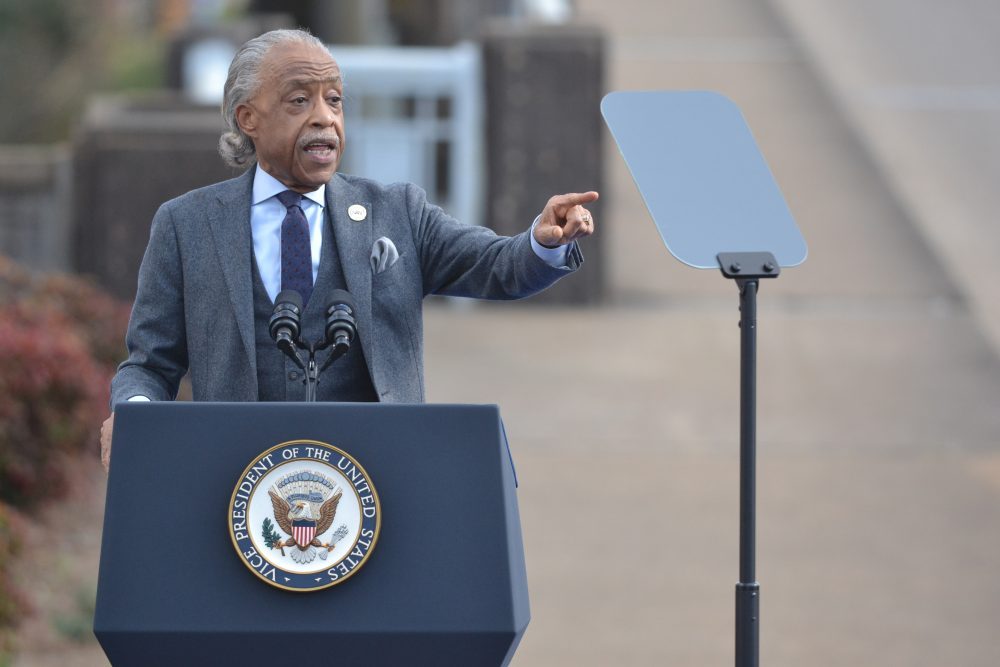 The Bridge Crossing Jubilee had a strong lineup of veteran speakers who spoke about equal rights.

U.S. Rep. Terri Sewell spoke, honoring the memory of late Congressman John Lewis and other foot soldiers who were beaten on March 7, 1965, known as Bloody Sunday that eventually led to the Voting Rights Act of 1965.

“I thank Vice President Kamala Harris for making the journey to Selma to commemorate the 57th anniversary of Bloody Sunday,” Sewell said. “It was an honor to welcome you to my hometown. May this year’s bridge crossing inspire us and rededicate us to the fight for voting rights in this great nation.”

“We have to make this about saving democracy,” Sanders said. “If we don’t save it here, we won’t save it in the rest of the world.”

“We did not come to Selma to take selfies,” Sharpton said. “When we march across the bridge, we intend to come back on the other side and change America. We want democracy in Alabama. We are organized and we can win. We’re not going for a walk, we’re going for a journey. We are protecting our right to vote.”

SCLC President Charles Steele said the fight to save America has just begun.

“We have a great responsibility because the whole world is depending on America. You cannot be a scared person in this movement. You have to be willing to die for your freedom. Racism is a virus and will kill you like covid. America has never been healed from slavery.”