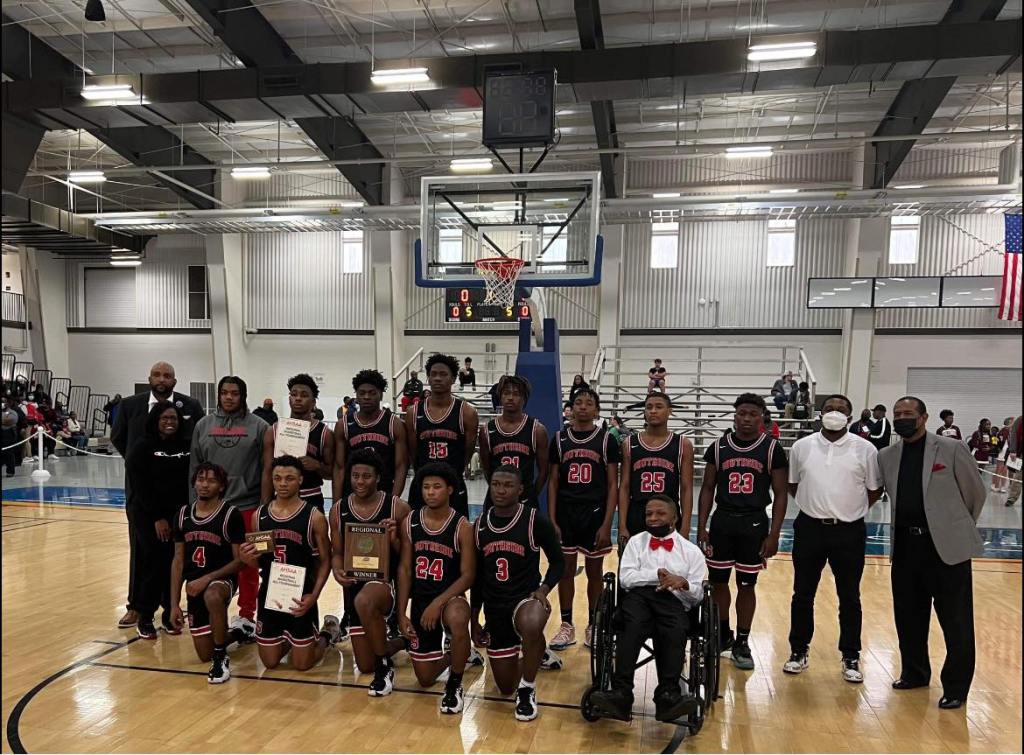 A layup by Stacee Rudolph with 5:12 to play in the second quarter gave the Panthers (22-10) a short-lived 18-17 lead over the Pirates (31-5), but Winfield’s Ja’borri McGhee sank a 3-pointer 49 seconds later to put his squad in front for the remainder of the contest.

“The gameplan wasn’t the problem,” said Kelvin Lett, Southside-Selma boys coach. “It was the fact that the execution was there on their end and wasn’t on our end. They had a 6 (feet) 10 (inches) guy who nullified a lot of things we like to do like driving to the basket and getting layups. He was down there blocking shots and altering shots a whole lot.”

The Panthers struggled to contain McGhee, who carried his squad with a 36-point, 16-rebound performance, including a perfect 14-of-14 from the free-throw line.
“As far as the McGhee kid, he’s a really good player,” Lett said. “We threw everything at him, and he just handled it really well. He’s a great athletic kid, real poised and skillful. It was just one of those things.”

Logan Feltman produced a double-double of his own with 17 points, 10 rebounds and 8 blocked shots for the Pirates.

“They did a great job of executing their offense,” Lett said. “They put the ball in the two scorers’ hands, and the other guys did their roles playing very well off the ball to help get them open by setting screens and doing the things that they needed to do to get the two scorers open.”

Trailing 15-7 after the first frame, Southside-Selma outpaced Winfield 16-10 in the second period to trim the Pirates’ advantage to 25-23 at halftime.

Chris Thomas posted a double-double for the Panthers with 10 points and 10 boards, while Derick Smith chipped in 10 points and 7 rebounds.

“Smith did a great job of following shots up off his rebounds and putbacks,” Lett said. “His energy level was very high and that would help him get those points.
“As far as Chris, he’s one of our lead guards, so he had the ball in his hands a lot. He made some big shots down the stretch to try to get us back in the game. We just couldn’t get over the hump.”

Winfield entered the final stanza ahead 40-34.

Southside-Selma heads into the offseason with one returning starter and a taste of Final Four experience.

Lett said he’s optimistic about the team’s chances to return to Birmingham in the 2022-23 season.

“We still have a fairly decent chance of getting back because we have some guys that played major minutes, and we should be getting one of our guys back who was injured this year,” he said. “We should be looking to make another run next year.”