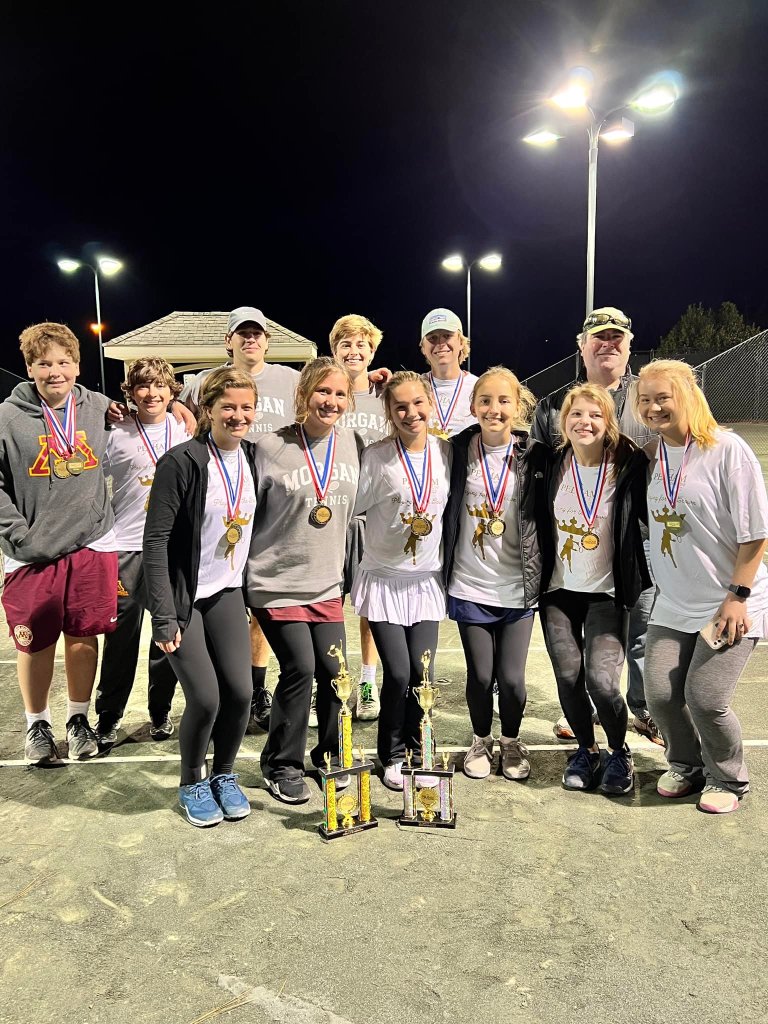 The Morgan Academy girls and boys tennis teams cobbled together a strong showing in the Playing for the Crown Tournament Saturday and Sunday at Pelham Racquet Club in Pelham.

Baxter Stinson, head coach for both teams, said this was the first time the Senators have played in that tournament.

“We went just because it’s the equivalent of half a season,” he said. “We played five teams in two days, and we only play nine teams throughout the year. We went hoping it was going to be good tennis, and we were pleasantly surprised with how competitive it was.

“The best thing about it was we literally watched our players get better over the weekend. They played with so much more confidence and skill the second day, especially towards the end of the day than they had in the first round. It’s just overall a great experience for them.”

In doubles, Calame and Hope Holladay won first-place among second-seeded tandems. Frazer and Jones rounded out the girls’ honors with a first-place victory in third-seed action.

For the boys, Grant Arrington picked up a first-place finish in sixth-seed singles.

Stinson said the tournament mirrors the intensity of what his teams will face in the state tournament.

“It’s two days of hard tennis,” he said. “This at least gets them ready to know what to expect to feel like during in the tournament and really the second day when you wake up, you’re stiff and sore, and you’ve still got to play your best tennis.”

He added the Senators, winners of four-straight Alabama Independent School Association titles, are eager to keep testing themselves.

“Our main competition is Tuscaloosa Academy, and we play them at the end of this week,” Stinson said. “The best part is going into this match feeling good about ourselves and feeling well-prepared.”