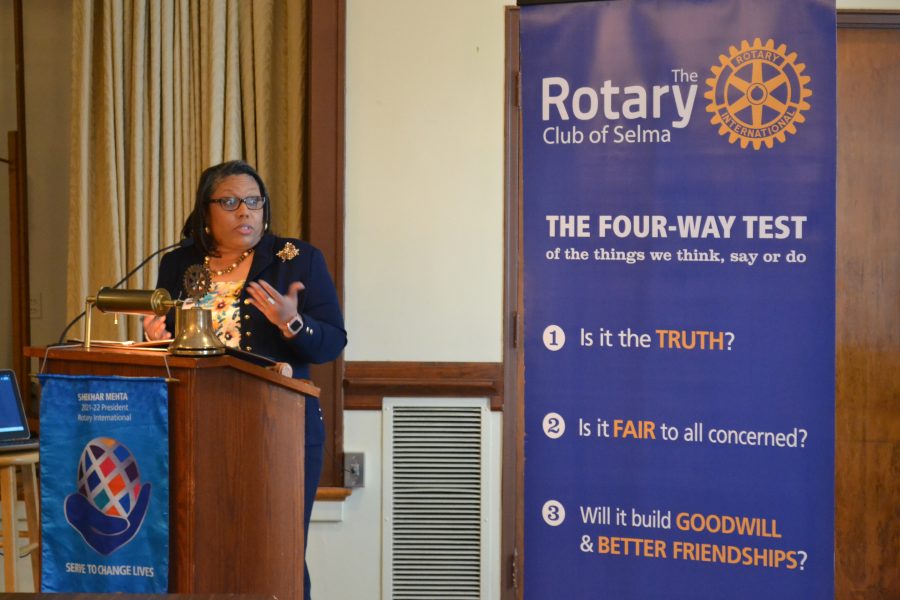 A member of Zeta Phi Beta Sorority, Inc. Hendricks said one of the biggest changes made to the department since April 2021 was the influx of new staff – additions she added would greatly benefit the department.

“We’ve had the opportunity to hire good people,” Hendricks said. “We have a really good team. One of the things that I said at the city council work session last Thursday is we’ve gone from one to 10, so we need a few more things now that we’ve got the people and the means to be a little bit more efficient and effective in our work and our service to the community.”

Through the efforts of the department, Hendricks said the City of Selma and the Dallas County Commission have reached a joint agreement regarding combining each entities’ youth baseball and softball programs.

“Registration has started and that’s being held through the County,” she said. “We’re excited about that and excited about getting our fields up and running.”

The cost to participate in youth baseball or softball is $20. Hendricks said the city and county would provide bats.

Hendricks said the joint venture between the city and county benefits both parties given the designs of their respective fields.

“The county fields are designed for younger people 5-12,” she said. “The city fields are actually regulation fields, and that’s a good thing. That’s another revenue opportunity for the city. We need to invest in our fields and get them back to where they need to be so we can get some of these softball tournaments and things like that.”

She added the most recent deadline she had seen for sponsors to sign up was set for March 31, barring any last-minute changes.

Hendricks touted the success of the department’s youth football program.

“All-in-all, we had a fairly successful run. Hopefully, next year will be bigger because that was the first time back in about two or three years. We looking for it to be bigger and better.”

The department held a breast cancer walk in October, but she said she would like to add more for adults and seniors to do, including health awareness months and an upcoming fitness initiative centered around the “New Year, New Me” mantra will start in March.

Hendricks said that activity was delayed in hopes the weather would be warmer.

“When you talk about parks and recreation, that’s not just for children – it’s for everybody,” she said. “We want to make sure that we have some programs that involve everybody.”

Hendricks provided updates on facilities that were damaged by Hurricane Zeta in October 2020.

“Work on the tennis courts should start pretty soon,” she said. “We’re looking forward to starting work on the stadium, softball complex and Bloch Park.”

Field preparation has already started on the complex and at Bloch Park.

“We’ve renovated five sections of bleachers at Memorial Stadium that were damaged,” she said.

Hendricks said of the 21 parks in Selma, all but maybe two feature playground equipment that has seen better days.

She added she has inquired about using American Rescue Plan funds to upgrade the playgrounds, but such an endeavor would cost $336,000 or more.

“Most of those playground sets were put in place when the current mayor was in before,” she said. “They’re old, and they do need to be replaced. Now, that takes funding, and unfortunately, that is not in the budget. It is not there, so the funds would have to come from somewhere else.”

As far as managing COVID concerns, Hendricks credited the Centers for Disease Control and Prevention for implementing for youth sports.

“We did follow those guidelines during football, and thankfully, we made it through without any issues,” she said. “That meant every child having their own towels and everybody not sharing water bottles. All the things we grew up seeing, people pass the towel down, you can’t do that now … We had more coaches’ meetings and made sure that safety was always No. 1 as we talked through with our coaches.”

Hendricks said tennis is a sport she’s eager to add back to the program rotation.