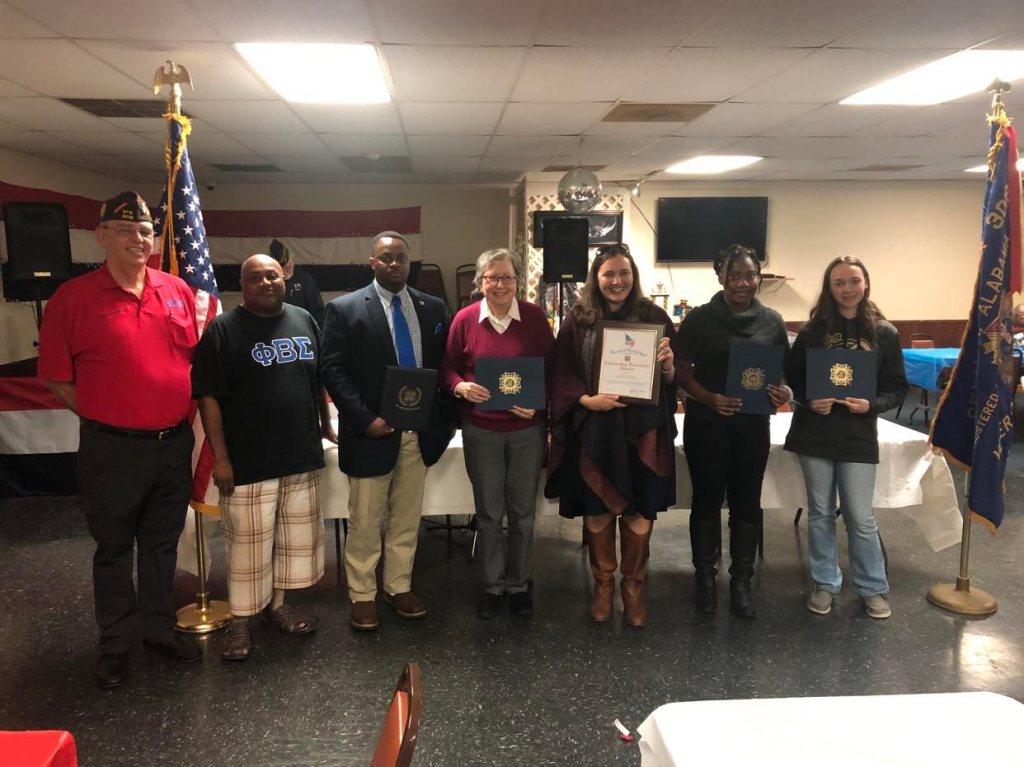 “Willie gets along with everyone and he has a big heart,” Dallas County Sheriff Mike Granthum said. “He will give you the shirt off your back.”

Calhoun, a former Selma Police Department officer, said he enjoys working at the DCSO under Granthum and with other officers.

Justin Dixon of Burkville Volunteer Fire Department was named Firefighter of the year.

-Kimberly Jones  won the citizenship education award for the entire district and was teacher of the year.

The Selma Times-Journal received a media award for its outstanding coverage in the communities of Selma and Dallas County.

First responders, teachers and students received checks and certificates by the VFW.