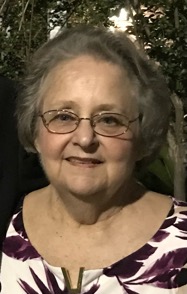 Mary Glenn Suttles Foster was born April 21, 1945, in Selma, and died February 15, 2022, in Mobile. She was preceded in death by her husband of forty- seven years, James Wilburn Foster and her parents, Martha Anderson Nicolson Suttles and Green Berrey Suttles, Jr.

Glenn was a resident of Selma her entire life, a product of the Selma City School System, a life-long member of St. Paul’s Episcopal Church, serving on its Altar Guild and fully participating in the life of the parish. She had an all-consuming passion for antiques and the history and the people that they embodied. Glenn rarely met a stranger and was just as interested in each new acquaintance as in the genealogy of her family ancestry. She was a member of The National Society of The Colonial Dames of America in The State of Alabama and served on the board of the Sturdivant Hall Museum.

Funeral services will be held at Saint Paul’s Episcopal Church on Thursday, February 24, at