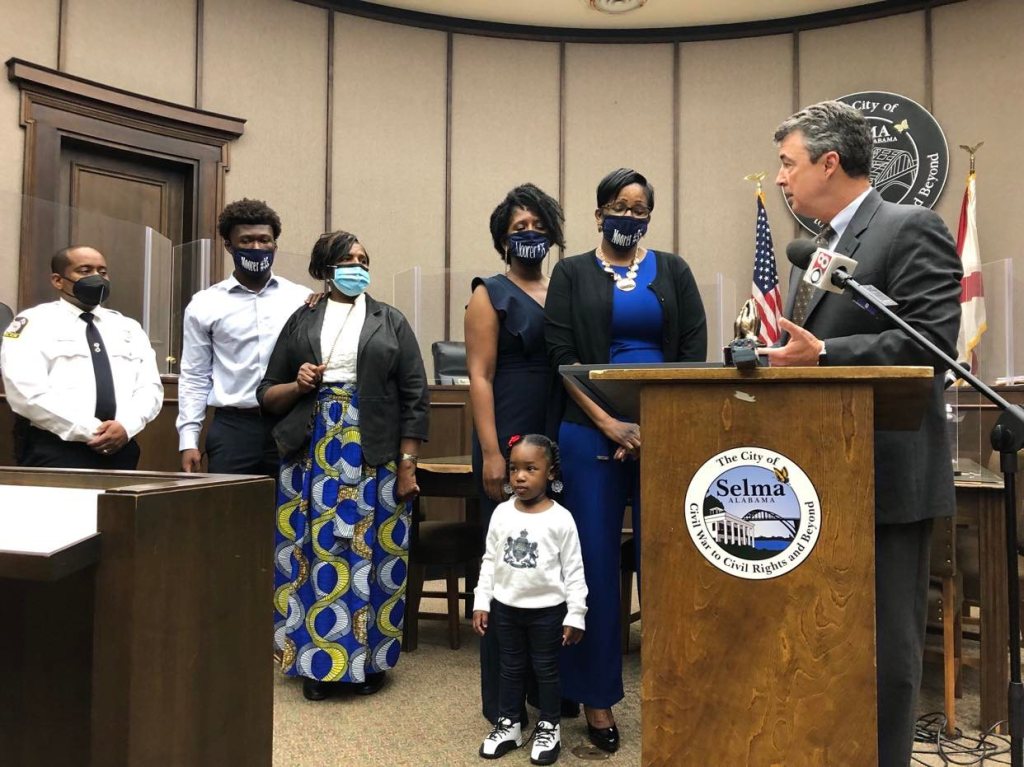 “I commend the Mayor and city council for paying the police officers and I predict the residents will see those results fast,” Marshall said.

Perkins was unable to attend and spoke via Zoom conference, thanking Marshall for attending.

Young said the city appreciates the SPD and Dallas County Sheriff Office in their efforts keeping the area safe.

“The whole world knows that the city of Selma is standing with Marquis Moorer’s family today,” Young said. “Officer Moorer stood for Selma and he stood up for Selma.”

The ALEA’s SBI Division is handling the case, which remains under investigation. Two suspects, Javonte Stubbs and Quinton Carter, are both charged with murder in the case.