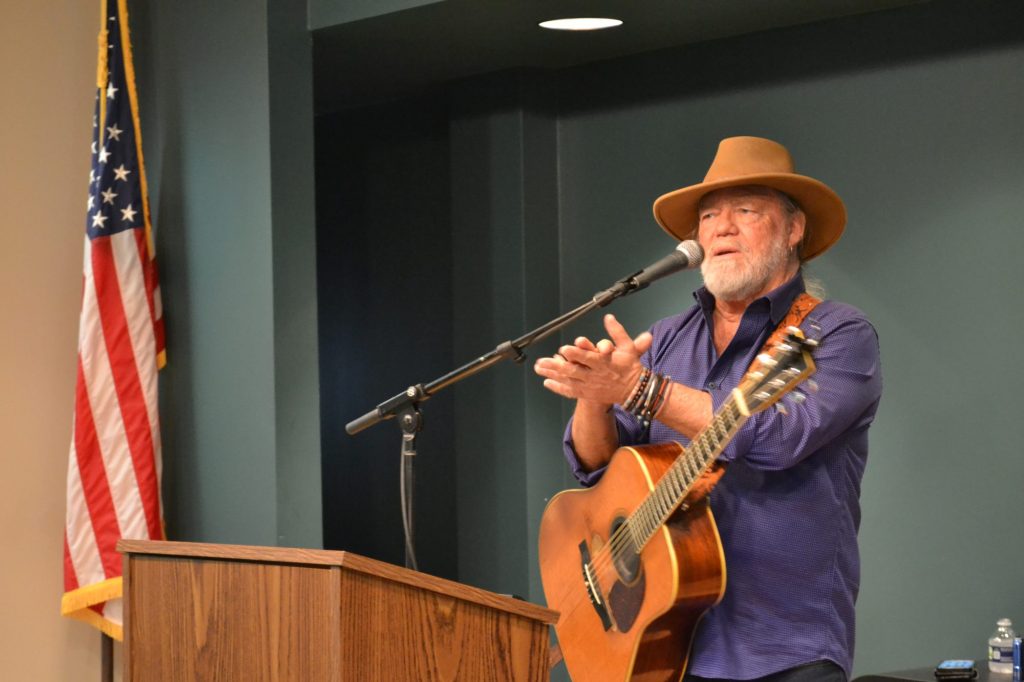 Carter said his book, “Fables and Stories: Tales From an Alabama Troubadour,” tells the story of his journey through life and a music career spanning five-plus decades.

“It’s basically about my life on the road,” Carter said.

“It’s got a lot of things to do with my family. My father was in the Air Force, so we were stationed at Craig (Field). That’s how we ended up in Selma. It’s a lot about living in Japan, living in the Philippines and playing in bands.”

Carter added some of the stories revolve around his time in Selma and places he’s played in his career.

“I got my first real professional long-term employment as a musician here at what used to be called the Ramada Inn out on Highway 80,” Carter said.

“I don’t know what they call in now. There’s stories about Selma. There’s a lot of interesting stories about playing in Panama City (Florida) at Spinnaker, (Club) La Vela or all the other old places. There’s a little bit of everything.”

“It’s just a little conglomeration of everything,” Carter said. “I call it a reader. You don’t have to start at one place and go all the way through the book. You can just pick it up, read a story, set it down, come back and read another one.”

He added it was important for him to make Selma the first stop on his book signing tour.

“There’s a sentimental reason why I started here,” he said. “This one starts it off, but we’ve got book signings and events all the way through the end of April right now.”

Carter’s passion for music developed at a young age.

“My mother was a piano teacher when I was a little kid, so I started playing piano,” he said. “I started playing in bands in 1967. I’ve been a full-time musician since 1975. I’ve never done anything else. It’s the only job I’ve ever had. I’m a lifer in the music industry.”

In his career, Carter toured with some of music’s biggest names, including Bob Dylan, Greg Allman, ZZ Top and Willie Nelson. He spent more than half his career as a founding member of Telluride.

“We were delighted to welcome Rick to the library and enjoy his new book as well as his music,” Library Director Becky Nichols said. 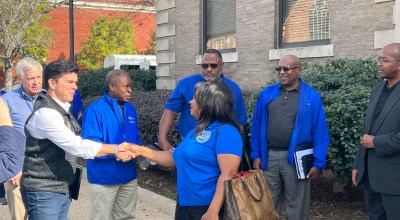 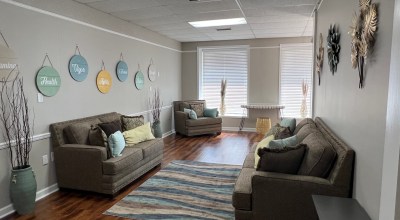