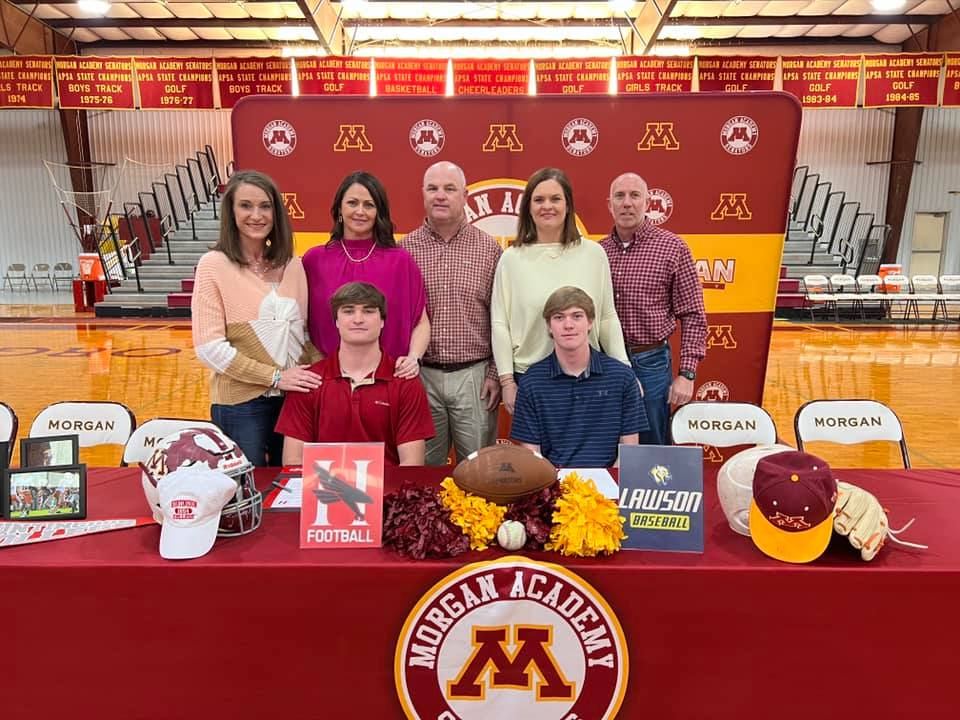 Trey Jones and Andrew Thomas will go down as legendary honorees at Morgan Academy.

Jones, a linebacker, will play football at Huntingdon College. Thomas, a pitcher, will play baseball at  Lawson State Community College.

Both Jones and Thomas are two-time All-state players in football by the Alabama Sportswriters Association.

The duo are excited to play at the next level.

“I chose Huntingdon because I liked their campus, the players and coaches,” Jones said. “I’m excited to see what the future holds for me at Huntingdon.”

“I feel great about getting an opportunity to go to Lawson State,” Thomas said.“I’m ready to get there.”

“Their scholarships showed what you get when you work hard,” Clements said

Thomas made The Selma Times-Journal All Dallas County basketball and football teams. He is a All-State punter and played quarterback for the Senators.