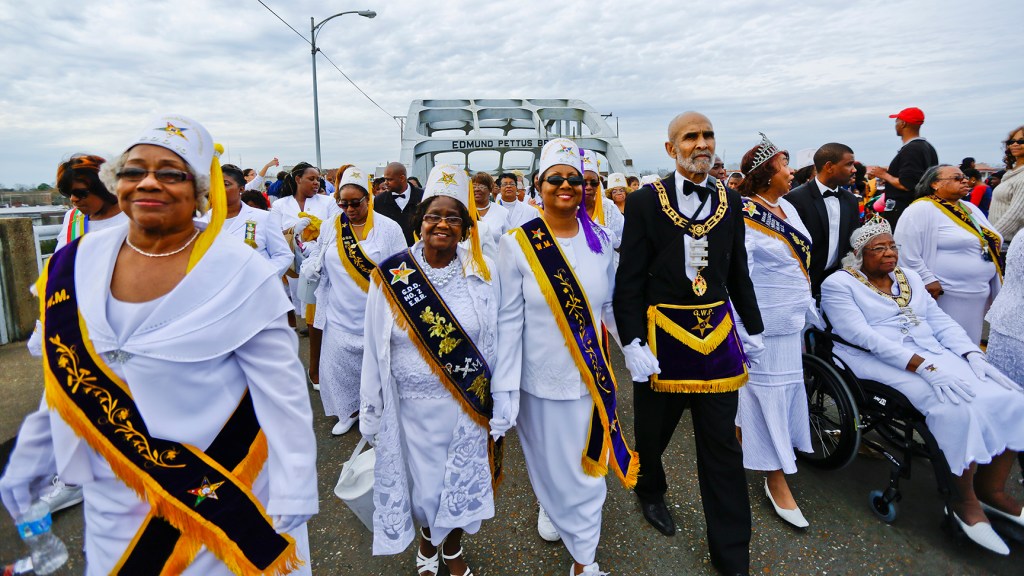 The 52nd Bridge Crossing Jubilee will take place in Selma this weekend. Saturday’s street festival will be held on the Selmont side of the Edmund Pettus Bridge, instead of its normal location on Water Avenue. --Alaina Denean Deshazo

Former state senator Hank Sanders announced via email Tuesday the plans for an over 50-mile march from Selma to Montgomery as part of the 57th Annual Bridge Crossing Jubilee.

The march itself, initiated by the Selma-to-Montgomery March Foundation, will start March 6 and conclude March 11.

“This March involves most of the major National Voting Rights and Civil Rights organizations,” Sanders said. “It also involves many other organizations. Virtually all the national leaders fighting for justice and democracy will be marching. And there is a place in the march for you and me. Come march with us.”

The Martin and Coretta King Unity Breakfast will be held on March 6 at the Wallace Community College Selma campus at 7 a.m. prior to the start of the march.

The Bloody Sunday March from Brown Chapel African Methodist Episcopal Church to the Edmund Pettus Bridge will follow the breakfast.

“Bloody Sunday was a short march but it ignited the nation,” Sanders said.

“We hope President Joe Biden will speak at the bridge. President Barack Obama spoke at the bridge in 2015. Former President George Bush was with him. President Bill Clinton spoke there in 2000. It is a powerful national moment with far-reaching symbolism.”

Once the marchers cross the bridge, Sanders said the group will stop to dedicate the Martin Luther King Jr. and Coretta Scott King Memorial.

“A number of leaders are already recognized with monuments at the foot of the Bridge but not Martin or Coretta,” he added. “We will lift them as a team in marriage and struggle.”

After the dedication, Sanders said the first group of marchers, led by the Southern Christian Leadership Conference, will carry out the first portion of the march from Selma to Montgomery.

The SCLC will carry the Voting Rights Baton and the Freedom Flame light. From there, the march will proceed as follows:

• The SCLC will pass the baton and flame to The Repairers of the Breach and Rainbow PUSH on March 7. This group will march for 10 or 11 miles.

• The National Action Network will receive the baton and flame March 8. This group will march for 10 or 11 miles.

* Black Voters Matter will receive the baton and flame March 9. This group will march for 10 or 11 miles.

• The AFL-CIO and other labor leaders will receive the baton and flame March 10. This group will march for 10 or 11 miles.

• The Legal Defense Fund and Black Women’s Roundtable will receive the baton and flame March 11. This group will complete the march and arrive in Montgomery at the State Capitol at 11 a.m.

Sanders said the Selma-to-Montgomery March will conclude with a mass rally near the State Capitol steps.

“Leaders from all the organizations and others will be able to speak,” he added. “We have invited Vice President Kamala Harris to come and speak in the very spot where Dr. Martin Luther King, Jr. gave his famous ‘How Long? Not Long’ Speech! Come march with us.”