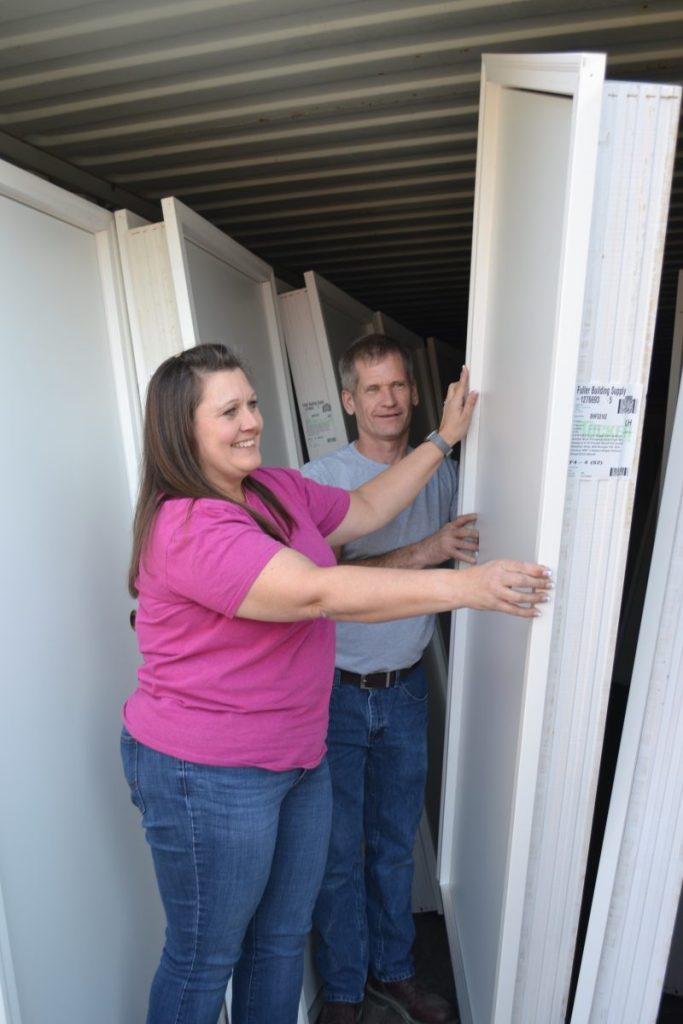 Two Wisconsin natives with an eye for home improvement purchased a distressed property in Selma and have since been working to give the complex, formerly known as Candlewood II Apartments, a complete makeover.

So far, Lynda said they have invested more than $1.15 million dollars into the renovation efforts and projected the final cost to revitalize the property could cost more than $2.5 million.

The Lisenbys found their niche for improving distressed properties 15 years ago in Wisconsin before deciding to venture outside The Badger State.

“We started buying distressed property because that was all we could afford at the time,” Mark said. “We have a construction background, so we could go in and fix them ourselves on smaller parcels. It was an investment that we could do and we could afford to do. We never did big buildings like this up until a few years ago.”

The pair began negotiating to acquire the old Candlewood II property in April and closed on the deal Nov. 16. When they closed on the property, Lynda said close to 45 units out of the 80 in the complex were vacant.

The duo purchased many of the materials to upgrade the complex from locally-owned companies, including Fuller Building Supply Co. for materials, Roundtree Electric Supply for appliances, Gardner Electric and Beck Plumbing. They hired Mandy Henry Design to assist with the furnishings.

Exterior renovation of the units included new roofs, siding, soffit, fascia, windows and doors as well as decks for the two-story units.

Mark estimated it would take at least 15 months to complete the overhaul of the complex since there are still tenants living in units that haven’t been renovated.

Two of the SkyCop cameras are positioned to capture license plate data, and the cameras provide 24/7 surveillance of the property with no blind spots.

“As residents, friends, family members or other people come into the complex, there is a picture taken of every license plate coming in and leaving the property,” Lynda said. “They have excellent night vision.”

She added if a resident reported a crime or if an incident occurred at the property, police officers are able to login to the cameras from their squad cars and review the footage.

“The footage is dated and recorded in segments, so they don’t have to go through an entire day’s worth of feed,” Lynda said.

Mark said the total cost for the cameras, including setup and power to operate them, totaled just north of $46,000.

“It’s an investment that’s well worth it because it’s a safety issue,’ he said. “It’ll help turn the property around and make the tenants feel safe once they realize what those are for.”

The ongoing endeavor is the second such project in Alabama for the Lisenbys. They completely restored and improved Cedar Point Apartments in Thomasville.

“In our Thomasville location, it also was crime-ridden, drug-ridden and (had) constant police calls,” Lynda said. “It’s a 35-unit property that had several units that were burned and needed complete renovation.”

She added within four days of working on that property, she identified the need to ensure some form of police presence at that property in order to make the tenants there feel safe. Her method to accomplish this goal was to offer up a few of the units to house local law enforcement rent-free.

“They just pay their utilities,” Lynda said. “We just asked that, when they’re off-duty, if they would park their squads at the property. We didn’t ask them to walk around the property at any time. We just wanted that presence.

“Within four days, I had six units vacated. That is because they were doing things that they didn’t want the police to know about, so they left the property. We also then installed cameras at that property.”

Lynda said they’d like to implement a similar strategy at Creekside as an incentive for local law enforcement here by offering two rent-free units.