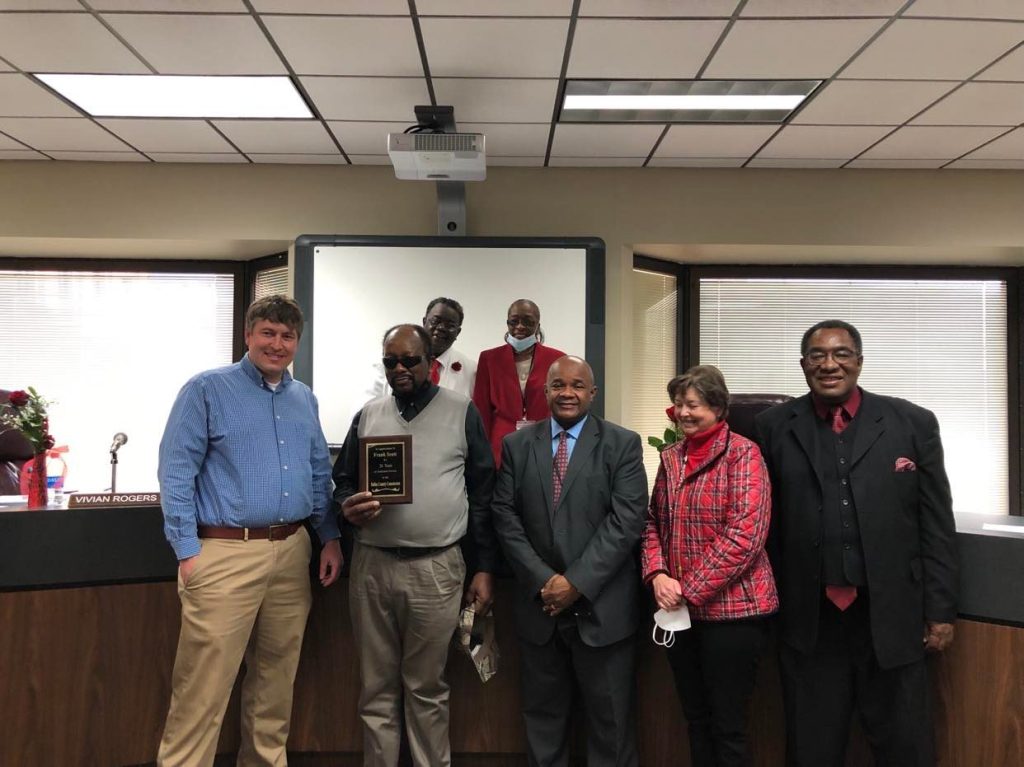 Frank Scott was honored for his 26 years of service in the county.

Several of Scott’s years were served at Bush Hog.

Nunn said that he appreciated Scott on working hard for so many years.

Dallas County Engineer Heath Sexton said that Scott was praised for many years driving on the road in the county.

Scott said that he enjoyed being employed by the county.

Williams, Justice, Towns and Rogers thanked Scott for being a dedicated employee.

In other County commission news: -Herbert Blackmon was approved for re-appointment to the West Dallas Water Authority Appointment.

Nunn met with the Tax Accessor Carol A. Bonner and Tax Collector Tanika Wagner-Neely over the software.