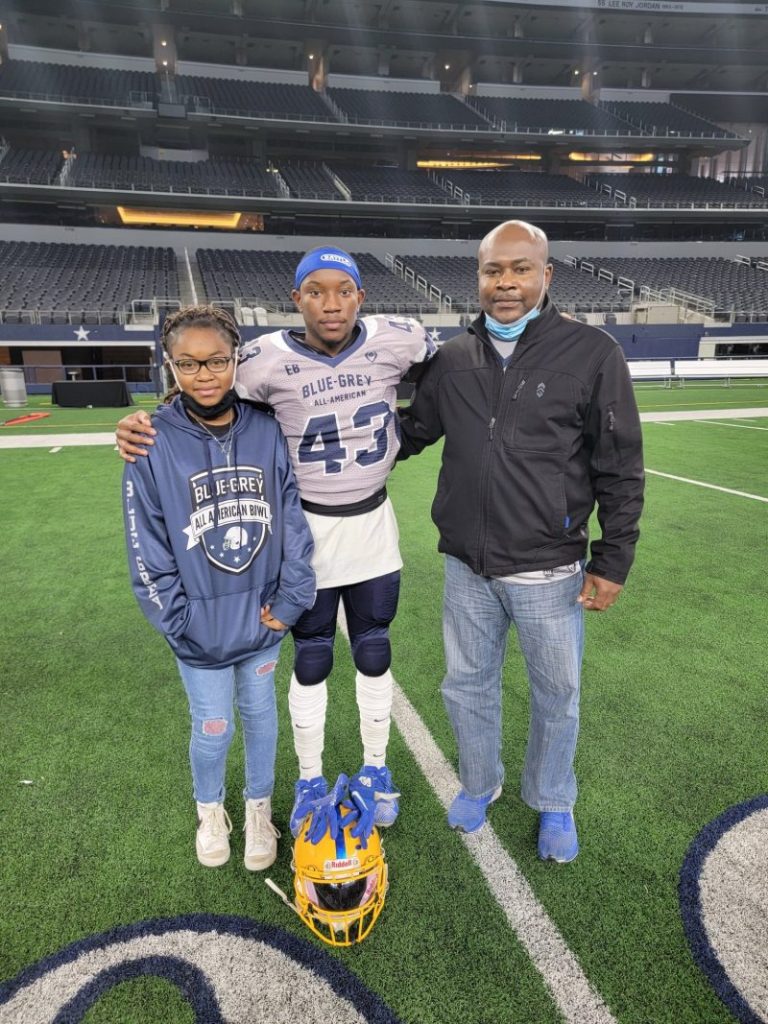 The Bears quarterback/defensive back played in the Blue-Grey All-Star football game.

“It felt great for me to get picked because it showed that I stood out from other high school seniors across the country,” Lumpkin said.

Keith head coach Anthony Lumpkin said he was thrilled to see his son in a All-Star game.

“It was a proud dad moment, I got to see my son compete in the Blue Grey All-Star game,” Anthony Lumpkin said.

The left-handed Lumpkin shined at quarterback and cornerback as the Bears reached the Class 1A state quarterfinals. His numbers at cornerback could’ve easily earned Lumkpkin the defensive MVP.

“He was very important, he was able to put the offense in the right play by observing the defense on a pre-snap read and audible into the correct play,” Anthony Lumpkin said.

“Defensively, he was able to guard the opponent’s top receiver and limit their big plays.”

Lumpkin said he was proud to represent his family and Keith.

“It means a lot to be representing my family and my school because we are a small school and we don’t get a lot of recognition,” Lumpkin said. “H hopefully we can keep up the recognition for our athletes.”

Lumpkin, who will play college football next year, is part of a special Keith High class that reached the 1A state quarterfinals for the first time in school history.