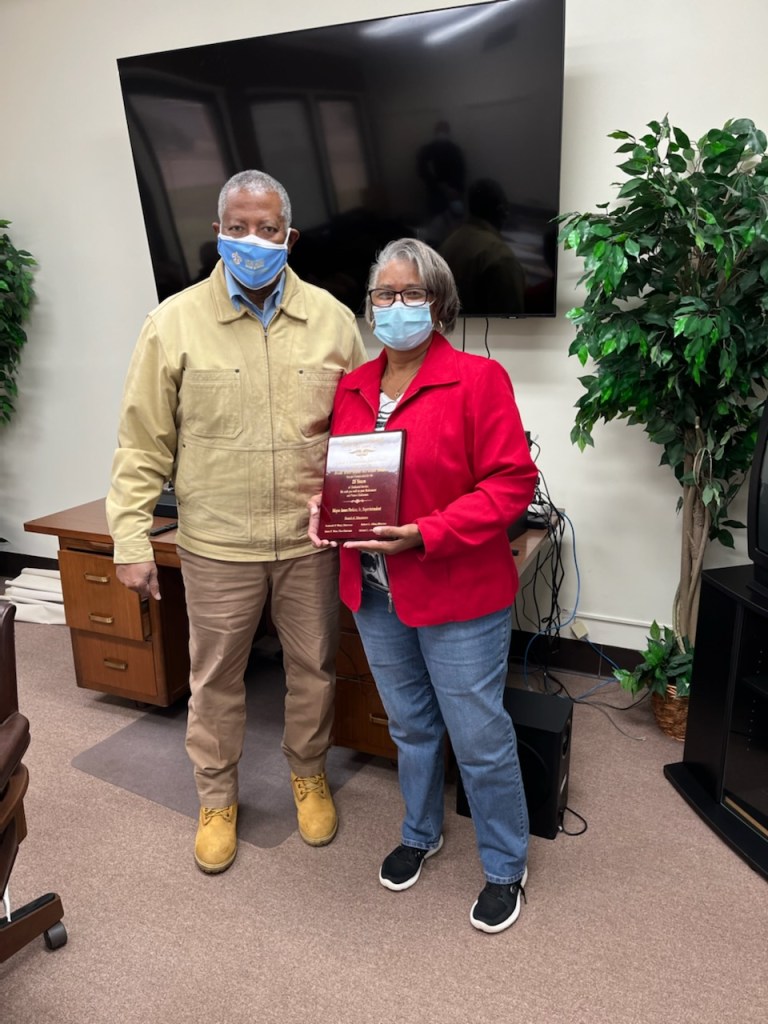 A longtime City of Selma employee has decided to retire after 25 years.

Georgia Rawls completed her last day as a city of Selma employee on January 31.

Rawls worked as a Billing Technician for the Water Works and Sewer Board for the city of Selma.

Rawls has served in several capacities working for the city.

“Rawls has served in several capacities and  she will be truly missed by the board of directors, the staff and the community,” Simpson said.

Perkins is the first African-American Mayor in Selma. His first term was 2000-2008 and the second term began in 2020.

“I was pleased to work with Mrs. Rawls, I am excited for her as she moved into the next phase of her life,” Perkins said.

“I wish her well on her future endeavors. To God be the glory.”

Rawls is a Tuscaloosa native who attended Stillman College and Holt High School. Her birthday is in the middle of March.