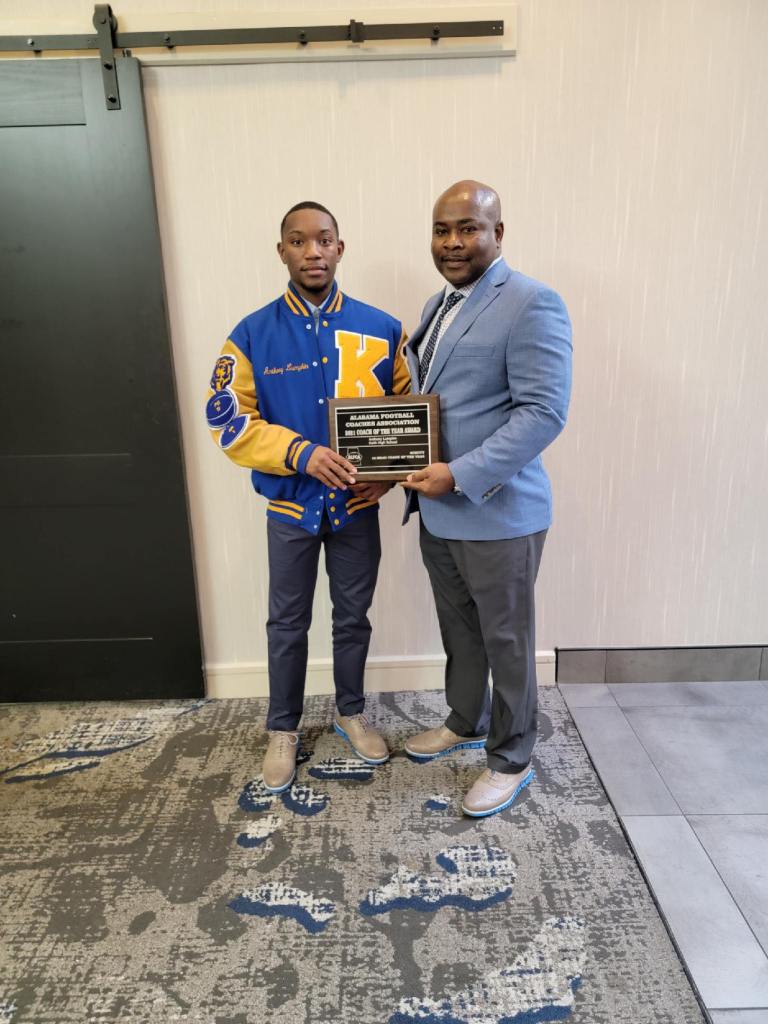 Lumpkin received the 2021 Coach of the year award by the Alabama Football Coaches Association last week.

Last month, Lumpkin was named The Selma Times-Journal football coach of the year after guiding the Bears to the Class 1A state quarterfinals. Keith lost to Brantley 20-14 in the  third round, the deepest run in school history for football.

“Being selected  for this award amongst all the great coaches in 1A football is really a great honor and privilege,” Lumpkin said.

After the quarterfinals, Brantley head coach Roland Jones praised Lumpkin for his hard word and dedication.

Keith has a great team and Anthony Lumpkin has done a great job with them, Terrell Lumpkin is a great player,” Jones said.

Lumpkin credited his success to the Bears’ coaching staff and senior class that included his son, quarterback Terrell Lumpkin, the Selma Times-Journal offensive player of the year.

“The award means a lot but it shows the talent level that we were able put on the field this year,” Lumpkin said.   “This award also speaks for our entire coaching  staff and the hard work we all put in during the off season. Again, it pays to have young men that were committed to something  bigger than individual status. They bought in to what we wanted to achieve and you saw the results of that commitment.”

Lumpkin said the 2021 success will be used as a springboard for the Bears’ football program in the future.  “Me and my coaching  staff are looking to use this as a stepping  stone to continue set a standard for our players in hopes of gaining an award that they all can enjoy,” Lumpkin said.

Lumpkin and the Bears’ Class of 2021 set a high standard of excellence for years to come.