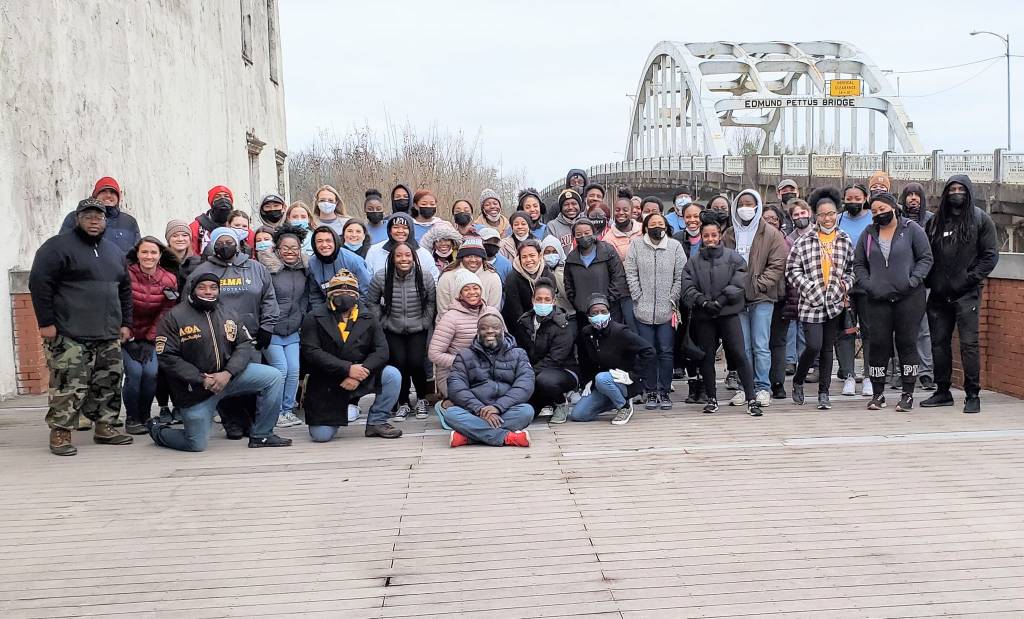 Auburn University assisted members of the Selma City Council in cleaning up the city during the MLK Holiday.

Almost 100 Auburn students volunteered their services to help clean up Wards 3, 4 and 7, which are the Districts of Councilman Clay Carmichael, Lesia James and Jannie Thomas, respectively.

Carmichael said he appreciated the Auburn students volunteering on a holiday.

“What better way to give MLK Jr. honor than to show up in Selma and serve the beloved community,” Carmichael said. “We’re extremely grateful for these Auburn students’ willingness to brave the cold and help keep our neighborhoods clean and safe.”

James praised the Auburn students for their hard work and dedication.

“I was very humble at the participation and excited to have such amazing young people from Auburn,” James said.

City Council President Billy Young credited Dr. Martin Luther King for help to put the Queen City on the map during his fight for racial injustice during the 1950’s and 1960’s.

“Selma holds a special place in history and in the hearts of many Americans, Dr. Martin Luther King, Jr. is remembered for his great fight for voting rights in our beloved City,” Young said.

“The students also performed much needed services at McRae Gaines Learning Center, the West Village Church of the Nazarene, the Selma Center for Nonviolence Truth and Reconciliation, and the Local Farm Cooperative,” Young said.

“Dr. King’s servant leadership changed the world and the services performed by the Auburn University students in  Selma is a realization of the Dream. As Council President I am truly grateful for students of Auburn University that spent their day making Selma a better place.”

State Rep. Prince Chestnut said that he was glad to help with the cleanup.

“It was great to clean up and speak to students from Auburn University and Tuskegee University about service and Selma’s rich history on MLK Day,” Chestnut said.

Snow did his part to assist with the cleanup.

“Snows Cleaning Service always tries to keep its word I promised th eCouncilman that I couldn’t be at the clean up but I’d ride around and pick up all bags from clean up with Auburn University and that’s just what we did,” Snow said.